In this article, we would be discussing the top 10 crypto-currencies based on market capitalization.

How many cryptocurrencies are there?

The market has approximately 5,392 crypto-currencies traded with a market capitalization of $201billion (as of April 22, 2020).

However, not all crypto projects will or can last forever. Many of them are created as a test and might fade into irrelevance. Different websites generally use different methods for listing cryptocurrencies. Hence there is a massive disparity in numbers.

Top 10 Cryptocurrencies based on Market Capitalization

Bitcoin is considered as a landmark in financial history as the concept of cryptocurrencies was started with it. This is the first form of money that was not owned or issued by a central authority. Blockchain, which is the underlying technology, is disrupting and changing many industries.

Many solutions are coming up, such as the Lightning Network, however since Bitcoin is currently limited, it is unable to function as a valid currency for daily transactions. Hence, Bitcoin can be seen as digital gold as it functions as a value store. Bitcoin can also be referred to as the pillar on which the whole market of cryptocurrency stands. It constitutes 66% of the complete market capitalization.

This is one of the first in the second-generation crypto-currencies or better known as the altcoins. The Ethereum network had brought a revolution in the industry as it introduced smart contracts. Ethereum was launched in 2015 and added a new value to the cryptocurrencies. The smart contracts empowered transactions to become programmable. This capacity of self-executing programmable contracts helped in eliminating the need for any trusted third party.

Launched in 2012, XRP by Ripple is an open-source protocol designed as an international payment solution to allow cheap and fast transactions. The XRP platform is different from other normal cryptocurrencies as it does not need mining. The existent 100 billion XRP tokens are pre-mined. XRP is often considered the cryptocurrency of banks, as this platform has been used as well as tested by several well-known financial institutions and banks.

Bitcoin Cash was introduced in 2017 because of the mounting debate in the Bitcoin community. Some people claim that Bitcoin needs to be used on a digital scale with the help of an on-chain solution. This required bigger block sizes as such groups wanted Bitcoin to have more transactional capacity.

However, there were many reasons, such as centralization concerns, due to which other people in the community did not favor such a change to Bitcoin. At the height of this debate, the Bitcoin Cash was introduced, becoming a successful altcoin.

Another controversial project in the crypto community is Bitcoin Satoshi’s Vision, which was introduced in 2018. Even after a year after its introduction, the Bitcoin Cash community could not reach on a common consensus about its direction.

While one group wished to keep the 32 MB block size and apply upgrades that could stray away from the original protocol, the other group wished to increase the size of the block exponentially and accordingly scale the Bitcoin while keeping everything else same. Thus, BSV was introduced. Recently, BSV had even surpassed BCH when it came to market capitalization. Many claim that it happened due to a fake trading volume.

USDT is a stable coin and is even the most dominant one. According to a report by CryptoCare, more than 80% of the BTC is being traded using USDT. It has a notorious reputation since its introduction in 2014 as it had been credited for making an artificial demand, which ended up fueling the last cryptocurrency boom in 2017. There have also been several concerns about the backing of USDT, as many people argue that Tether, which is the company behind USDT, does not have enough reserves for backing up billions of USDT tokens in circulation.

Litecoin is one of the oldest cryptocurrencies in the market that was introduced in the year 2011 by Charlie Lee. The code for Litecoin code is similar to Bitcoin; however, it allows a better transactional capacity, along with charging lower fees. Litecoin also has a larger supply, and thus, they are less rare in the market.

Introduced in the year 2018, EOS is another cryptocurrency that was created as a result of one of the biggest ICO in the history of cryptocurrency. It raised $4.2 billion in a year-long ICO. EOS is a smart platform that has many similarities with Ethereum and is a direct competitor of it. The infrastructure of EOS had been designed to enhance development, hosting, as well as the execution of large-scale and decentralized applications (dApps).

The EOS network is also more scalable and faster than Ethereum. This allows dApps to run smoothly and even have a large capacity for processing a large number of transactions in a second with nil fees.

Developed by cryptocurrency trading giant Binance, Binance coin is one of the biggest cryptocurrencies globally when it comes to trading volume. Introduced in 2017, BNB is a token that runs on its blockchain. BNB plays an important role in the Binance ecosystem. It can even be used to pay for trading fees and even gives access to the advanced features on the decentralized Binance exchange. BNB is the only cryptocurrency that went up in price at the time of crypto winter.

TRX was created in the year 2017 by Justin Sun. The TRON is a decentralized platform that has been designed for serving as a platform for content distribution in the entertainment industry. The project, in its early stages, was met with plagiarism allegations, as many claimed that parts of the whitepaper and as well as TRON code had been copied from other projects.

But even after gathering a substandard reputation, the TRON Foundation has introduced innovations in this industry. In the year 2018, a $100 million fund was created for blockchain gaming and BitTorrent acquisition. This purchase resulted in the BitTorrent token (BTT), which was created with the help of an ICO on the TRON platform.

How cryptocurrencies will impact digital marketing

Cryptocurrency is impacting digital marketing as it makes it hard for marketers to access consumer’s data. The cases of media monitoring have also doubled in the last few years. Firms are scrambling for digital breadcrumbs from the web. This may also relate to how users respond to products and how they share information across different social media platforms.

Blockchain technology or cryptocurrencies are changing the scenario. Cryptocurrencies use cryptography as well as other obfuscation protocols for making metadata of users private and anonymous. Security can be a big issue when it comes to cryptocurrencies. Different encryption methods can be employed for making it difficult for others to access personal data such as emails, phone numbers, or addresses.

The use of cryptocurrency can force digital marketers to pay the consumer directly for data. This can result in people doing transactions in cryptocurrencies such as Bitcoin. The implication would be that fetching data would become more difficult.

This way, no personal data would be available on cryptocurrency, as everything would be encrypted. Even using pseudonymous cryptocurrencies such as Bitcoin, getting access to a user’s personal information may not be easy.

3. Middlemen are not needed

When it comes to marketing and cryptocurrency, the major middlemen are insurance companies, banks, data companies, and others. These middlemen consume a lot of advertising revenue and may even have vested interests in marketing campaigns. For example, Facebook changed its algorithms to give less priority to certain kinds of advertisements. In cryptocurrency, by using decentralized apps or smart contracts, one can find consumer information directly at a particular fee.

Cryptocurrencies help digital marketers by building consumer trust. Since cryptocurrencies such as Bitcoin are decentralized and open-sourced, transactions on the blockchain can be verified by people before they are recorded on a public ledger. The firms that recognize blockchain technology have a better chance of being seen as accountable and transparent. This leads to positive brand recognition in the market.

Author Bio: Andrew Raso is the CEO and one of the founding members of OMG Digital Marketing agency in Australia. He has a long illustrious career in the SEO and SEM industry and has written for many prestigious websites. 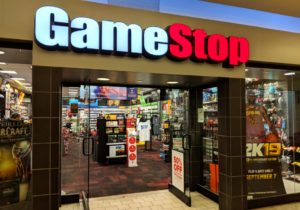 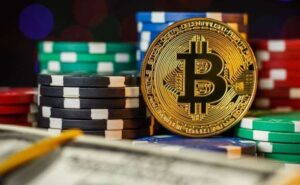