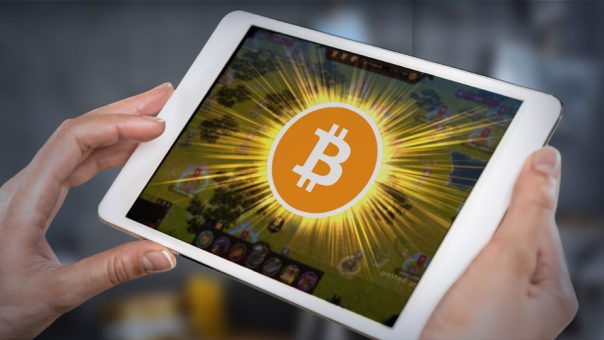 This is one of the headlines that have attracted the most attention as of late. It is about Blockchain technology and its probable positive impact on games. Etherbot has recently posted a feature on “The Blockchain Gaming Revolution”.

The blog sheds light on how Blockchain will improve the gaming industry. For your information, the value of this industry has increased up to $100 billion. The truth is that more and more users want Blockchain technology to be integrated into this realm. And they don’t want it tomorrow; they want it now! Blockchain will no longer be used for tracking packages; it will also be implemented for gaming sales. Additionally, if you play casino online, you will be able to pick some offers from Tropicana with your Blockchain wallet.

According to Etherbot, the gaming industry will increase its value even more by 2022. Today, it is a 100 billion dollar industry, but such amount will treble eventually. Even children and teens are making money, which was not possible ten years ago. Gamers purchase skins and packs priced at $600 or more.

The incorporation of this technology

How will they integrate Blockchain? As per Etherbot, games, where smashing baddies give money (gold, tools), will be the main Blockchain’s target. Gamers will use this technology to purchase expensive weapons. Years back, money was seen as an afterthought, but that way of thinking has been changing with time. You need money for gaming, a lot of money (a weapon like the CS:GO is worth over $60,000 right now).

If you regularly use Twitter, you can see tweets from other users about their earnings. Actually, they can make $50,000 in a sitting. So, Blockchain comes to be a convenient payment method for this kind of transactions where too much money is involved. For example, the Souvenir Dragon Lore is worth $60,000. Not many people make that much from one day to the next. You need to work your guts outside. In fact, some games like the offer from Tropicana, really do give away a steal, and is something you need to check out.

Although skin collectors drop stacks on weapons and virtual assets, they know these assets are locked in the game and they actually don’t own those skins. Game Studios is the organization that controls all those transactions. Some of those skins are very cheap ($2) while others are costly like the CS:GO. With Blockchain, players will have that power back. This technology will enable users to trade as many skins as they want at any time.

On top of that, Blockchain will benefit average grinders as well. Thus far, the users who benefit the most are those with PREMIUM accounts. But since a lot of digital money is flowing to and fro, these policies are about to change in favour of any player. To put this clear: if you have BTC on Blockchain, you will able to buy the skin or weapon that suits your budget.

Will be useful for online casino

For this reason, Blockchain is expected to revolutionize the gaming world!