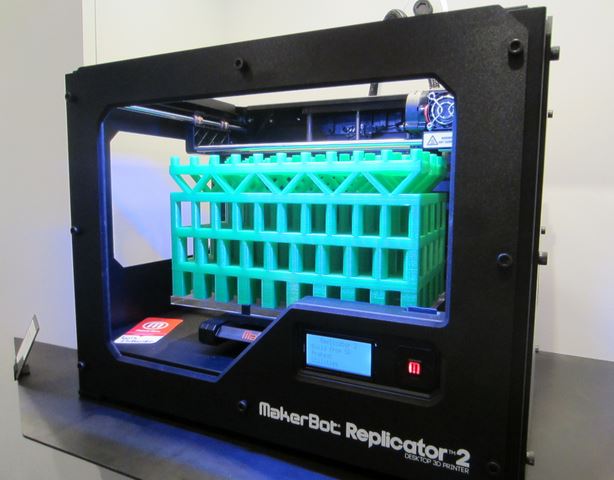 3D printing sounds like something from science fiction. Just imagine the concept – creating a model of a 3D object on a computer and then having that computer sculpt that object into the real world, all at the touch of a button! It seems impossible, but thanks to breakthroughs in modern technology, it is. The ability to create things using materials like black acrylic and stainless steel using the same piece of technology is truly astonishing.

So how does 3D printing machines turn a digital image into reality? Let’s take a look.

The Elements of 3D Printing

Simply put, 3D printing is the process of making three-dimensional solid objects from a digital file through the use of a 3D printer. There are three components to this process: a digital file, a computer, and the 3D printer.

The digital file is basically the blueprint of the 3D object, either created on the computer itself or already pre-created and downloaded from the internet. The computer then processes the file and tells the 3D printer how to print the object. The 3D printer then to creates the object according to the specifications of the digital file. The printing stage, including the time it takes for the chosen material to dry and harden, usually takes a couple of hours depending on the size of the object being printed.

How Does a 3D printer Work?

A 3D printer works very much in the same way as an inkjet printer, where the printhead passes several times on a specific line until the desired color is achieved, and then transfers onto the next line. Red dots go first, then green, then blue, and so on, until a full image is formed.

However, instead of using ink, a 3D printer begins to build the object from the bottom up, one very thin layer at a time using materials like molten plastic, resin, nylon, gold, silver, titanium, or even human tissue. As each layer is laid down by the 3D printer, the material also slowly begins to harden, fusing all the layers together and building up into the 3D model of the object described in the digital file. Moreover, as opposed to an inkjet printer’s nozzle that only needs to move left and right to spray ink onto the paper, a 3D printer’s nozzle has to be able to move not just left and right, but also up and down to deliver the material in the right place.

Precision is key with 3D printers to achieve durability and integrity of the printed model, as well as its fidelity to the digital file. With the help of high-efficiency linear gantry systems, 3D printers can accurately manipulate and position the nozzle. The exact amount of material is also squeezed from the nozzle so that the final product is of the correct size and weight, based on the digital model.

What are the Practical Applications of 3D Printing

While it may seem a bit frivolous and more suited for creating toys, artworks, and other leisurely objects, 3D printing has proven beneficial to several fields. The automobile industry is a prime example. By being able to rapidly prototype their experimental new vehicle, a car company can easily see flaws in their design and adjust accordingly. The same can be said with planes and ships.

We can also look at the medical field. Doctors and scientists will be able to easily create prosthetics that are tailor-made to their patient’s specific needs. There is also headway in being able to print actual human organs for transplantation, with lower risks of rejection by the recipient.

Only a decade ago, converting a computer design into a three-dimensional object with just a touch of a button is a distant reality. Today, the various applications of 3D printing are just scratching the surface of what a 3D printer can do. And when we consider that 3D printing technology by itself is still in its infancy, the possibilities are endless once it truly matures.