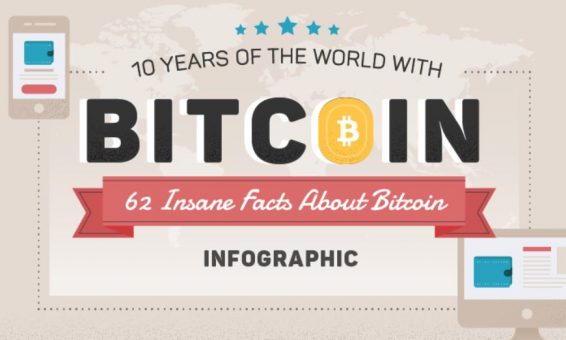 Bitcoin is a cryptocurrency that uses Blockchain technology for storing money electronically and facilitating secure payments without requiring any legal entities or bank account.

This cryptocurrency was created in 2009 by Satoshi Nakamoto who currently owns about $5.9 billion dollars in bitcoins as of October 2017. He was also nominated for a Nobel prize in economic sciences for this amazing innovation.

There is no single entity or government that has control over it making it fluid. However, some countries have either accepted it into the system by offering value-added tax exemptions while other countries choose to ban the cryptocurrency.

Bitcoins are measured in satoshi/byte. With the conversion rate of 1 satoshi = 0.00000001 bitcoin.

Bitcoins are stored in bitcoin wallets. Once you lose your wallet your bitcoins are lost forever. James Howell lost over 7500 bitcoins when he threw his hard drive.

There are over 5.8 million users as mentioned at Bitcoin casino with bitcoin wallets around the world with 1000 of top bitcoin addresses controlling 34.28% of the bitcoin circulation.North America leads with having over 75% of the world’s bitcoin ATMs.

Big companies like Google and Expedia have started accepting bitcoin payments with Japan having over 300,000 stores open to the idea of bitcoins as a mode of payment.

The University of Nicosia in Cyprus was the first university to accept bitcoins as a mode of tuition fees payment.

Blockchain makes all transaction data transparent and anyone can gain access to see.A bitcoin transaction consumes 3,994 times more energy than a card transaction.This is because the bitcoin network is more powerful than 500 supercomputers put together. The transaction fees have also raised by an unbelievable 1289%.

One needs to be very keen when making bitcoin transactions as there is no way of refunding bitcoins.Once a transaction has been made it cannot be reversed. In 2016 a bitcoiner lost $137,000 instead of the $5 they had intended to send.

There is about 64% of unused bitcoins which might never be used. As of September 2017, around 16.5 million bitcoins are in circulation.The maximum amount of bitcoins in circulation is 21 million which us expected to be achieved by the year 2140.

Another interesting fact is that there is a micronation called Liberland that accepts bitcoin as a reserve currency.

$100 invested in July 2010 is now equivalent to 6 million. This is because the price of one bitcoin is currently $9,439 and it’s growing continuously due to the increase in interest for digital money.