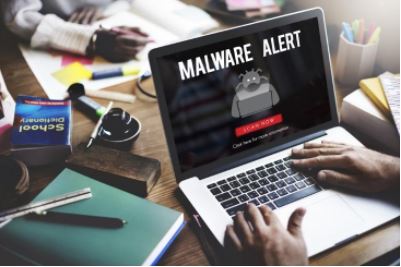 Perhaps the most insidious and destructive rumors in tech is that Apple devices aren’t susceptible to malware. Since their creation, Macs have fallen victim to a variety of viruses and worms, and Mac users have suffered immensely, believing that their machines are naturally impenetrable. Unfortunately, the rumor that Macs are invincible persists today, while Mac malware runs riot across the world’s Apple devices.

About the Mac Malware Surge

There was a time when the incidence of malware on Macs was extremely close to zero – and that time was just two years ago. In the first quarter of 2015, there were hardly more than 100 infections of Mac devices; in the first quarter of 2017, well over 700,000 malware packages have been found attacking users’ OS X. During 2016, the malware surge increased by an astonishing 744 percent, proving that Macs are no longer invulnerable as many people believe.

It is important to note that Macs aren’t the only Apple products on defense. The amount of mobile-ready malware is surprising: In 2015, when Mac computers were virtually ignored by hackers, about 4 million mobile devices were attacked. In 2017, nearly 17 million mobile devices were infected in Q1. While the majority of those are Android and Windows devices, Apple’s mobile iOS isn’t invisible to cyber-attackers. In fact, the number of vulnerabilities discovered and patched in 2017 has tripled since the 2016’s Q3. Though quantity of malware and frequency of vulnerabilities is little indication of the security of a device, they do indicate a more dangerous landscape than Mac users are accustomed to. 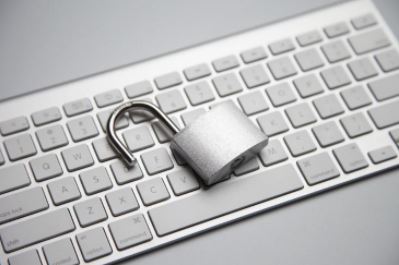 For most of Apple’s history, Mac products have taken a backseat to the driving force of Windows-powered machines. Perhaps surprisingly, Bill Gates initially planned to integrate Macintosh software into Microsoft devices, but Steve Job’s refusal to allow such a takeover thwarted Apple’s growth for nearly two decades. It wasn’t until the start of the new millennium that Macs started growing in popularity and sales became even remotely competitive.

Today, there are roughly 100 million active Mac users, as well as nearly 100 million active iPhone users, around the world. Though this number pales in comparison to the veritable hordes of Windows users -there are more than 400 million using Windows 10 alone – it shows that there is a large market of device users that have long been untouched by malware’s hand. As a result, most Mac users are uneducated about digital safety and security, making them ideal targets for cybercrime. The low competition between cyber-attackers and the low levels of defense offered by Mac machines and users have combined to make conditions ripe for a Mac malware surge.

Experts have discovered that the malware bloom is generally attributable to adware bundling. When users download software or apps, they might not realize that some of their new programs are deceitfully bringing along dodgy adware, which incessantly and annoyingly displays ads but rarely causes long-term, irreversible, expensive damage. Other types of malware can be bundled, but it seems that hackers targeting Macs are developing extensive amounts of adware and not as much more destructive malware, such as ransomware.

How Users Can Be Safe

Just because the bulk of Mac malware isn’t devastating now doesn’t mean it won’t be in the near future. If current trends continue, Mac users will face a never-ceasing onslaught of malware, which at best slows and frustrates everyday activity and at worst steals or deletes important data. Therefore, it is imperative that all Apple users know how to keep their devices safe.

The first rule of malware protection is installing antivirus for Mac computers. Though Macs, like PCs, generally come with some degree of anti-malware protection, it is hardly robust enough to combat emerging threats in the Mac malware landscape. Conversely, cybersecurity firms are up-to-date on the latest tools and kits used by cybercriminals, so Mac users with additional security software can be certain their devices are protected.

Additionally, Mac users should begin practicing distinguishing untrustworthy software, emails, webpages, and more from the rest. Most malware enters devices through user error, such as downloading a corrupt application or clicking a corrupt link. The sooner Mac users understand which media is malicious, the more likely they are to avoid hazardous malware. It’s unlikely the Mac malware surge will stop, but with the concerted effort of Mac users and security professionals, fewer machines could be afflicted by dangerous malware in the future.