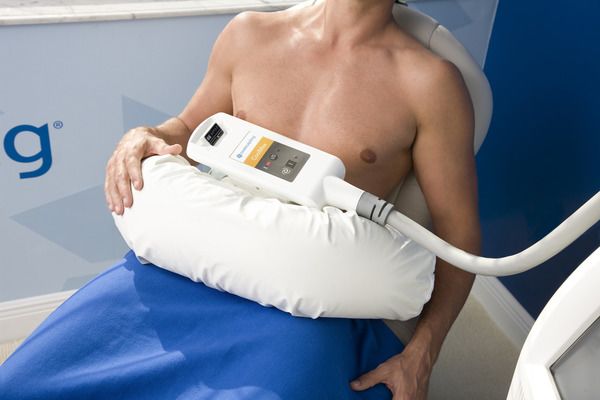 What can you do in the situation when all the workout and diet just doesn’t seem to help you get rid of that extra fat? It is a common problem for many people to have areas where flab is accumulated but doesn’t shed, and nothing seems to help them fix it. If you have tried everything, and are getting tired of traditional ways like extensive diet and exercise, but you are also not really willing to undergo heavy plastic surgery, then perhaps it is time to try a new medical technology that is called CoolSculpting. CoolSculpting is a non-surgical way to remove excessive fat in various areas of your body.

CoolSculpting is a modern medical technology developed by renowned experts from Massachusetts General Hospital and Harvard University. It’s a procedure that is approved by the FDA, and incorporates patented cooling technology as the means to remove fat cells. What is great about this method is that it makes the areas that have been treated look much better and improves how you feel about your physical appearance. Since liposuction is a complicated and risky approach, CoolSculpting serves as a good alternative. What you should know though is that it’s not a way to lose weight, but to remove fat in particular areas and contour your body.

CoolSculpting is a technology that is based on freezing fat cells, which can be frozen at higher temperatures than the tissue that surrounds them. It targets fat cells that are under the skin and cools them down to temperatures that result in their natural death. This method is also known as Cryolipolysis, and it crystalizes fat cells, eventually killing them. Due to the fact that they crystalize quicker than other cells, surrounding tissue, nerves, and skin don’t get affected.

Your body metabolizes the dying cells, gets rid of them, and shapes the area of your body in a way that is bound to make you satisfied. The difference between diet or exercise and CoolSculpting is that the latter doesn’t simply reduce them in size, but eliminates them completely. Every CoolSculpting session reduces the number of fat cells by 20%.

What are the benefits of CoolSculpting?

The first benefit is that, as it is a non-surgical method, you don’t have to worry about scars, and it requires less commitment than undergoing surgery. Also, the results that you get are perfectly natural. Since the fat gets broken down as time passes by, there is no need for an invasive approach, so the effects are significantly smaller than those of liposuction. Furthermore, this technology changes your body in a positive way, boosting your self-confidence. CoolScupting Sydney based experts assure us that it’s an effective and mainly safe procedure.

What are the possible downsides?

Even with the fact that CoolSculpting is an effective and safe treatment, it cannot have perfect results, so there is a couple of things that you should have in mind. The first is the fact that there could be uneven removal. It’s not a technology that is dependent on skill, so there is a chance for fat not to be equally removed everywhere. This leads us to the next issue, which is that one treatment usually isn’t enough. If you want to get the best possible results, you’ll have to undergo more than one session. Numbness and bruising are possible, and may last for a couple of weeks. Finally, you need to have patience. It takes a few weeks or more until the results of the treatment are fully accomplished and visible.

How to make the results last?

After you have undertaken all the CoolSculpting sessions, and are able to see the results, it is still up to you to make the best effort to maintain them. This technology may have removed the fat cells, but that doesn’t mean that they cannot come back. If you stop working out and keep eating high-calorie food, the fat calls that are still in the area could spread out, and lessen the results that you got from your CoolSculpting sessions.

This is the reason why it is very important that you keep up a healthy diet and do regular exercise. With your fat cells taken care of, a probable result will be an excess of skin. Doing exercises such as a thigh lift or lower body lift will help you get that sorted out.

CoolSculpting is a modern medical technology that has a lot of advantages over some more invasive methods, but also comes with some of its minor downsides. It’s also necessary for you to follow certain practices to make the results last. Nevertheless, it is a method that helps you shape up areas of your body with excessive fat, and improve the overall image that you have of yourself, with a little patience.