Chinese mobile-giant Xiaomi has just announced what it claims to be the first-ever smartphone with edge-less screen display —-meet the Xioami Mi Mix —-though back in 2014, Sharp intros its little-known Aquos Crystal with same claim. Two years forward, maybe Xiaomi has packed great tech on its huge-screen display, read on. 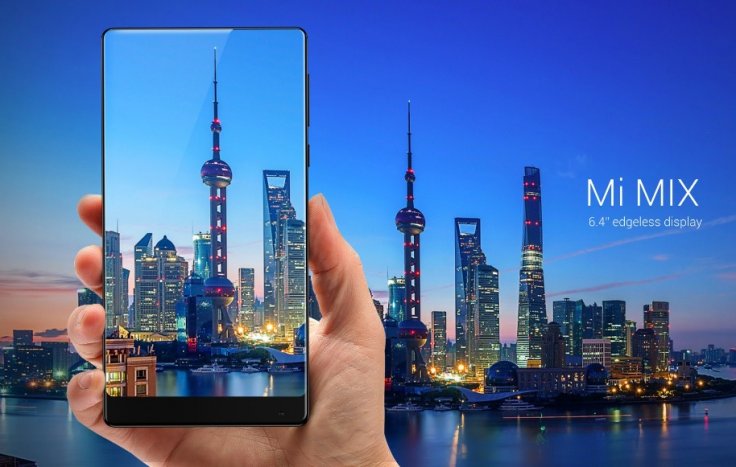 The Mi Mix features a 6.4-inch display which is considerably taking up 91.3-percent of the front screen. For the sake of comparison, take the iPhone 7 and Galaxy S7 Edge with screen-to-body ratio of 65.6-percent and 76.1-percent, respectively. The black frame is entirely made from ceramic. Because of its massive screen display, the proximity sensor is replaced by an ultrasonic sensor integrated into the screen. Xiaomi also housed its “cantilever piezoelectric ceramic acoustic technology” which sits inside the handset. It transmit sounds as vibrations through the glass and against your ear.

Mi Mix runs an 8-core 2.35Ghz Snapdragon 821 processor paired with two possible options of 4GB of RAM with 128GB storage and 6GB of RAM with 256GB of storage. There’s also a 16-megapixel pixel rear camera and 5MP front camera. It will be powered by 4,400mAh battery with Quick Charge 3.0 technology.

The two variant in starting price of  3,499 and 3,999 Chinese Yuan (£422 and £480) will be made available by next month. Unfortunately, there’s no word on its availability outside of the Great Wall, so UK and EU might just order it on third party retailer.