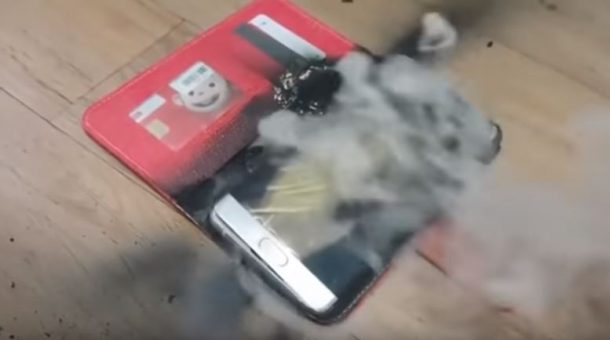 Korean mobile-giant Samsung has just announced that it would stop the production of its Galaxy Note 7 due to reported explosions and safety concerns. Shares of the company plummet by 8 percent in South Korea where investors took precautions wiping $19bn off Samsung’s value.

Samsung have been quick to send replacement units for Note 7, however, with no luck these units have caught on fire as well. This leaves Sammy with no choice but to cease production of its flagship device.

IDC’s report for market share statistics have not yet covered 3Q and 4Q, where for sure there will be drastic changes. Can Apple dethrone Samsung on the mobile market share? Possibly, knowing that Apple will capitalize on approaching Holiday shopping season.

Samsung’s consumer trust could be at its lowest as we speak, ironically, the successful Galaxy line which propelled the company to the top could also be the one to blow them down. Could the company continue with Galaxy Note 8 or will it clear its name with new smartphone line? And wait, 2017 will mark the 10th anniversary of the iPhone and Apple has something major planned to celebrate the occasion. If Apple will push through iPhone 8 by next year, this could significantly make it even harder for Samsung to regain its loss market share.