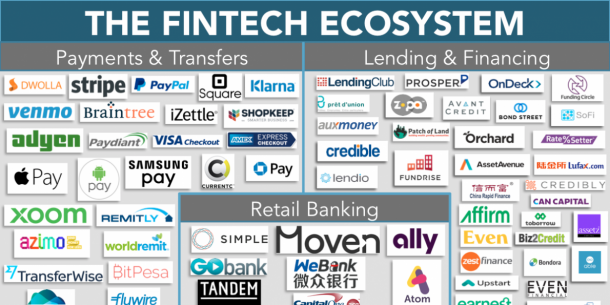 The growth and development of technological advances since the mid-1990s has been unprecedented. The Victorian era may have been known as ‘the age of invention’, but if it still retains its title, then our modern world must surely be named ‘the age of information’, for even at the furthest corners of the earth, the internet and computers, and the knowledge that goes with them, can be found.

From Mumbai to Madrid, people are attached to their technology. iPhones gleam in every hand, and laptops and computers whir and hum in every home. There is nowhere that the modern world and all of its glorious innovations has not touched. Little wonder, then, that these advances have changed our lives. We connect, talk, teach, and learn through the internet. We date, we shop, we write, and we research. Even the smallest task has been altered by these innovations, and the IT revolution has reshaped economies and societies across the globe.

The Financial Markets and How They’ve Been Affected

The financial markets can be a complex concept to understand, covering a wide variety of investment vehicles, from bonds, to currencies, to futures. Irrespective of their individual formulations, each of them has been hugely impacted by efficiency improvements catalysed by the developments in information technology.

Over the last 20 years, a cocktail of policy reforms and IT innovations have transformed the faces of these markets. Governments across the globe have responded by modifying and removing regulations that previously limited innovation or competition within the financial sphere, and thus a new era has been born.

Three key IT related factors have contributed to this:

These developments, coupled with the policy reforms introduced alongside them, have enabled private financial firms to introduce an array of new vehicles over the past two decades, through which people and institutions can lend, raise, and invest money as never before.

What’s more, the international aspect has been greatly expanded upon, thanks to technology that has helped to enhance cross-border relationships amongst national financial markets. The closed markets of the 1970s are gone, and foreign trade has become run of the mill. Access to international trading arenas, once limited to only the most sophisticated of investors, is now open to all, the result being a global financial market with a daily value in excess of $5 trillion.

The Benefits of the Technological Revolution

These changes in the global financial markets have brought about a multitude of benefits, not least the exceptional array of opportunities now available to those looking to invest or borrow money. Today, an entrepreneur who finds that their domestic funding options are too limited can simply turn to a foreign economy to meet their needs. Whether they’re in China, England, or America, there is a whole world of funding possibilities waiting to be uncovered, and this symbolizes chances that would never have been available before.

This expansion of options has had the added effect of increasing competition amongst lenders, which has in turn stimulated the economies of many nations by keeping the cost of borrowing down. Where business plans, acquisitions, and ideas can be acted upon thanks to an increased access to capital, jobs and economic growth are stimulated too, catalysing extensive opportunities for the world as a whole.

Similarly, the ability to choose from a wide array of investments allows traders to create strong, diverse, and lucrative portfolios, thus maximising their returns and reducing their risks. This growth in opportunities pushes the boundaries of possibility, a welcome evolution for the intelligent and the enterprising.

The boons, however, are greater than the individual. Whole countries have benefitted from gaining access to international flows of capital, by being able to open up their financial sectors and acquire additional funds where needed. These have stimulated many an economy, meaning that the technological revolution, on a more grandiose level, has been good news for us all.

As is ever the case, however, the technological revolution has not had a purely positive effect. Market volatility has increased markedly, with the same technologies that make it possible to invest around the world also making it possible to pull money out of assets very quickly. Where fear turns this into a trend, whole countries can suffer devastating effects.

These funds, which can be put in and pulled out so very quickly, are known as short-term capital. Over the last 10 years, international flows of short-term capital have skyrocketed, due largely to technological developments. In the foreign exchange markets alone, around $5 trillion is bought and sold every day, and when faith in a currency is rocked, this can have extreme consequences.

In instances where many investors share the same concerns about the future of a country’s economy, there will often be a mass selloff of its currency, causing it to dramatically depreciate, and sometimes to collapse. Where this happens, the fallout is highly unpleasant, with the cost of imported products and domestic goods both rising. In the most extreme circumstances, this can take basic necessities beyond the reach of ordinary citizens, leading to interest rate rises and financial disaster.

Thus it becomes clear that the impact of the technological revolution on global financial markets has been a double-edged sword. The increased opportunities it provides have unintentionally contributed to increased volatility, meaning that every movement has a greater poignancy and effect than it did when the world moved at a slower pace. Like the jet engine replacing the ship, the trading arena has been revolutionized by innovation, yet in the end, the speed and brilliance of such technology has also created the possibility of spectacular destruction in the event of a crash.