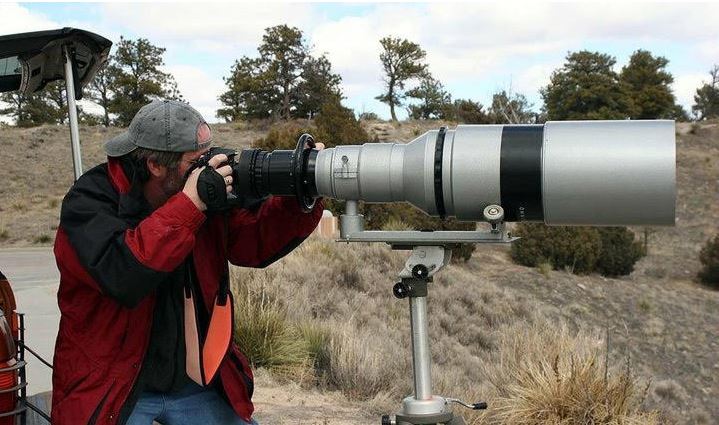 If you think you have the muscles to go handheld shooting with this behemoth 1000mm f/4.5 lens, then you can own it. Nebraska-based photographer Jim Headley is selling the gigantic lens that was originally made for NASA back in 1964. Headly got this lens from a close friend who was closing a camera store by trading several view cameras. He got the package that includes the original case, rolling tripod and original NASA property tags. In a report, the Birns and Sawyer 1000mm f/4.5 Omnitar lens was commissioned by Birns and Sawyer of Los Angeles and manufactured by Astra in Germany.

If you think that this can be a good handheld all-around lens, think again —-the lens is weighing 70-pounds, 4-feet long and trashcan-size lens hood, not to mention, a steering wheel just to improve the grip on this lens. And to get you on its physical logistic, it needs two people to get it off the car and set it up on its tripod, according to Headly. He adapted the lens to work on his Canon 40D’s crop sensor making it effectively 1600mm lens. 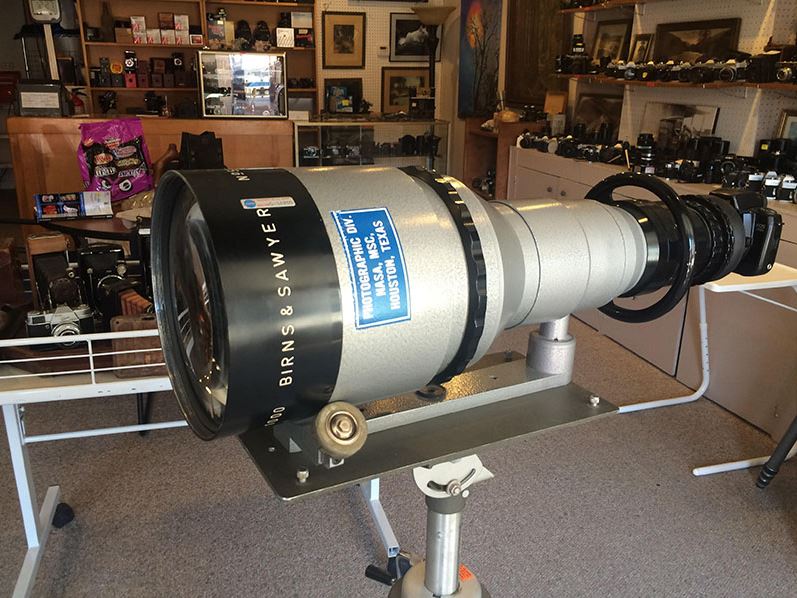 R&R Auctions in Amherst, New Hampshire will be auctioning Headly’s lens later this year, just contact the auction house or Headly via his webpage for more details about the lens. But if you’ve been reading here, Canon looks like to have just patented it’s own 1000mm f/5.6 IS DO lens, just something to consider as well.