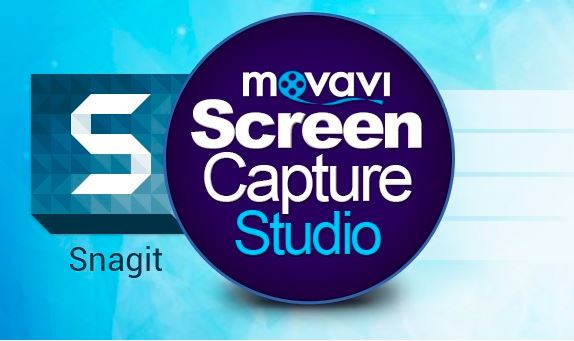 In the world of screen capture software, Snagit is a name that most people will instantly recognize. It has developed quite a following for itself over the years, and is known for its ability to capture videos and screenshots, and edit those screenshots too.

At the same time, Movavi Screen Capture Studio has developed a name for itself as a user-friendly and comprehensive screen capture software that is a great Snagit alternative. But is that really the case?

When it comes to screen capture, there’s honestly very little that separates Snagit and Movavi Screen Capture Studio. Both are able to grab screenshots and videos, and have an adjustable capture frame size that can be used to set up online video recording and Skype recording as well. The audio capture capabilities of both software are also on par with one another too.

Another area where both Snagit and Movavi Screen Capture Studio are similar is in the user-friendly nature of their user interface. Both of these software are designed so that they are easy to use and feature a simple method of recording video that even a beginner will be able to figure out.

In short, Snagit and Movavi Screen Capture Studio are both excellent and user-friendly screen capture software.

The main difference between Movavi Screen Capture Studio and Snagit seems to be in one area in particular: Video editing. While Snagit does allow you to cut and split videos as necessary, that is essentially the limit of its scope.

On the other hand, Movavi Screen Capture Studio features full-fledged video editing capabilities. It is able to apply special effects, insert stylish animated transitions, add customizable text to create unique titles, optimize your video using presets, and has a timeline where you can drag and drop segments of video in the sequence required.

Suffice to say on that front Movavi Screen Capture Studio is the clear favorite. Unlike Snagit, it will give you everything that you need to create attractive and professional-looking videos with the video footage that you record.

All said and done if you’re looking for a Snagit alternative then Movavi Screen Capture Studio is effectively going to be a nice upgrade. It can do everything that Snagit is capable of, and at the same time has it beat when it comes to video editing.