Skip to content
TechGeeze > Technology > Editor's Picks > What’s Next after Mobile Gaming for the Entertainment Industry? 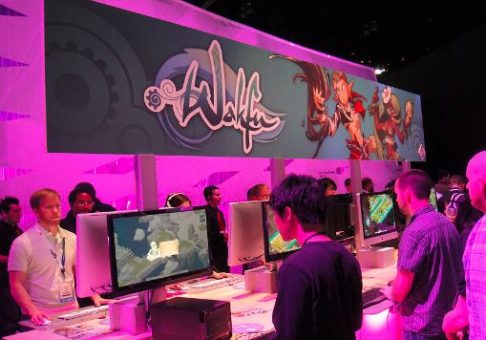 There’s no doubt that technology evolves at a rapid pace. Just look at how we used to play games a few decades ago, with low resolution images coming out of big, chunky consoles or PCs. Fast forward to today and people are gaming everywhere, whether they’re on trains or aeroplanes, with the ability to connect online across every device. But mobile gaming isn’t the final destination for the entertainment industry, and there are some big developments coming in the future that are going to shake things up more than ever.

Virtual reality gaming is a huge venture that several developers are drooling over. There have been huge leaps in terms of the visual quality of games, but as players we are still sitting in front of a TV or monitor and using a controller or keyboard to interact. That could all be set to change if virtual reality takes off, as you could get the chance to really immerse yourself in a different world by putting on a VR headset. Imagine looking down and being able to see your hand movements in a virtual world respond to what you’re actually doing in real life. This could transport you to settings as varied as fantasy worlds with dragons, or even give you the feeling of being James Bond in a luxurious casino. Just remember to learn some sword skills or brush up on how to play Blackjack beforehand!

Several companies have invested in virtual reality technology over previous years, including Facebook, which means a lot of money and time is going to be spent trying to realise its potential. This isn’t the first foray into virtual reality by any means, and in fact the 90s saw a series of big flops as companies tried to push VR headsets before the technology was ready. Screens just didn’t have a high enough resolution to be placed so close to the eyes, and they couldn’t generate smooth images. Not only that, but the worlds just weren’t convincing enough, and the failure meant that virtual reality was placed on the backburner for another decade.

Fortunately it looks like it’s coming back in a big way, and soon consumers will be able to get their hands on new hardware that has been in the works for years. It’s not just games either, as virtual reality promises to offer more options than ever when it comes to interacting with the real world. Some developers are even boasting about its ability to transport you into the sports stadium of your favourite team, or into the classroom where you can learn from teachers anywhere in the world.

That might be a few years away yet, but there’s no doubt that things are looking very exciting indeed. The question for now will be how the public responds to the features of virtual reality, and whether it will have a significant impact on the way people choose to game. If it takes off like it’s promising to then the entertainment industry might never be the same again.