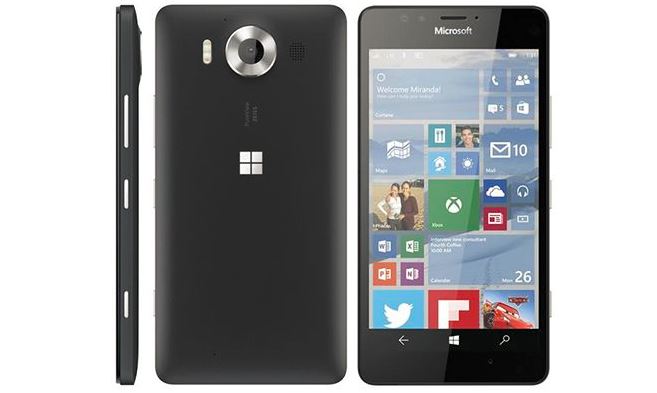 Microsoft has not released any flagship phones for a year and a half, so the news about a new Lumia flagship was good for me. As a Windows Phone user, I was eager to lay my hands on some worthy hardware for a while. Not that my current phone didn’t do the trick – my faithful, old and little Lumia 620 (with the Nokia brand on it) has served me well for years. And these are the main reasons – old and little – I was waiting for the new flagship phones to land. And I wasn’t disappointed.

The Microsoft Lumia 950 was my choice, as its big brother – the 950 XL – simply has too much of a screen for me. Even the 950’s 5.2″ screen will get a lot of getting used to after the 3.8″ Lumia 620, which I could comfortably use with a single hand. But the Lumia 950’s screen is amazing – it has a quad HD resolution at 2,560 x 1,440, with a pixel density of 564 ppi. My favorite europalace casino progressive video poker game looks wonderful on it. Not to mention that it is even more responsive and lightning fast – but I’ll return to it later.

Here are the facts: a hexa-core Qualcomm’s Snapdragon 808 running at 1.8 GHz, 3 GB of RAM and 32 GB of internal storage, which can be extended using a MicroSD card. The 808 comes with an Adreno 418 embedded GPU, supporting up to OpenGL ES 3.1 – hence the improved responsiveness I mentioned above. It’s capable of playing 4K video in a variety of formats as well.

As a Windows Phone user, I’m used to its interface – and I find it much easier to navigate as any other on the market today. What’s best about it that it feels more like a phone and less like a pocket-size computer. But Windows 10 has brought a bunch of improvements even above the ease of use, which I intend to use to the maximum.

For one, here is Continuum. I was for a long time looking for a PC that I could carry around easily. Continuum solves part of my issues with most, by allowing me to quickly turn my phone into a PC. Using Microsoft’s Display Dock and their foldable keyboard all I need is a HDMI-ready display and I have my portable computer. And when I’m done, I can easily put it away in my pocket.

If Microsoft solves its pressing app issues, attracting more developers to the Windows 10 platform, the Lumia line has a chance at success. And if the phone proves to be as resistant as its predecessors (I’ve dropped my 620 countless times, and it never suffered any breaks) it can be a real crowd pleaser in the future.