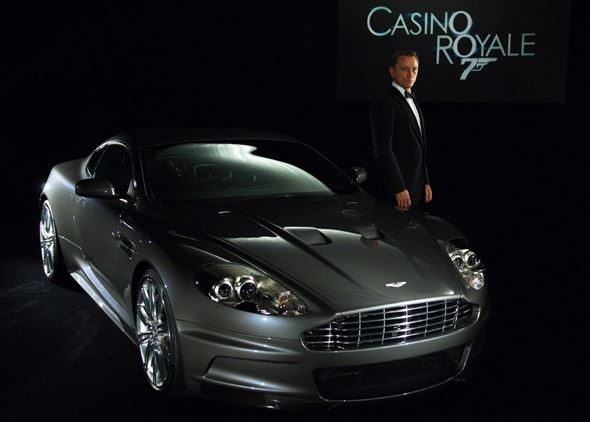 If you have heard the famous introduction, “My name is Bond. James Bond.”, you have undoubtedly seen his most popular vehicle in action, the Aston Martin. In fact, there have been more than 12 appearances of this elite auto in the Bond films, beginning with its introduction in Goldfinger.

While many associate the original Bond, Sean Connery, with the Aston Martin DB5, different models have actually been driven by a number of those filling the role. The actual list of movies and models includes:

Not Your Average Aston Martin

Of course, for the uses mandated by Bond’s unique occupation, these were not stock vehicles by any means. The fictional Q Service ensured that these luxury automobiles were modified in various ways to help Bond fulfill his missions.

Among the many modifications many found intriguing were the hidden machine guns and the pop-up seat. The latter would probably be a big seller as a way to conveniently dispose of any boring or irritating passengers.

Ironically, many aficionados have made the observation that for all their style and performance, the models selected would not have likely been the first choice of Q. For example, the Mark III mentioned in the Ian Fleming novels was actually designed for racing, not use on the highways.

Too Much of a Good Thing

True Bond fans have also noted that the only use of a vehicle heavily rigged up with gadgets was in the Goldfinger story. Fleming generally avoided too many gadgets in his plots and stories. However, there was so much buzz from this breakout Bond blockbuster that the producers of future tales of the elegant spy incorporated a number of nifty add-ons.

While we can’t offer many of those options, you’ll find plenty of great choices to select for your vehicle when you shop with us now. If your interest is in the Aston Martin, you’ll find exactly what you’re looking for when you visit our site.