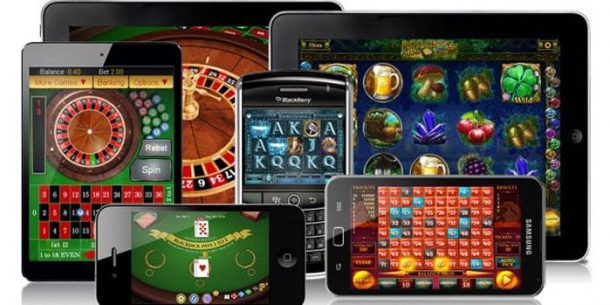 Every logical and sane human being in this planet has wanted even once in his life to be filthy rich. I mean, who wouldn’t want to be comfortable, travel the world, and buy all the luxurious items you’ve always dreamed about? Unfortunately for use mere mortals, it takes a lot of hard work, dedication, and luck to be financially successful in life. The process takes years, and most of us just wish there is a shortcut to all of it. And there is… and it is called gambling.

Gambling, which could have been around since the beginning of mankind, is defined by Wikipedia as the wagering of money or something of material value on an event with an uncertain outcome with the primary intent of winning additional money and/or material goods. Modern gambling games as we know it today trace their roots from Europe and China. Games like craps, baccarat and roulette all originate from different parts of Europe, while keno and other similar games come from the many provinces in China.

Since the dawn of the smartphone in mid-2000s, gambling has taken an all-new platform where it could be accessed by anyone, anytime. And boy have they been very successful. In an article by VentureBeat in January 2015, writer Jeff Grubb points out that between November 2013 to November 2014, spending in mobile casino games on iOS went up by 55% as reported by App Annie. It is estimated that the mobile gambling market is worth $2.7 billion today, and with real-currency gambling steadily rising in popularity, it is estimated that the market will balloon to $100 billion by 2017. That’s a big deal, especially considering that the entire mobile gaming industry was only worth $21 billion in 2014 while console gaming generates $55 billion of revenue in the same period.

So before you get into your smartphone’s app store and download all those casino games, one should wonder, are there really winners in gambling? The old adage goes that the casinos were never built to let you win, and the same holds true up until today. Of course, truth is these gambling companies, be in the traditional sense or the high-tech ones, were built to make the owners and investors money first, before you.

But then again, there are the stories that will make you think otherwise. In gambling website Casino.org, the company boldly declares that since 1995, they have paid out more than $10 million (and counting)  in winnings.

Gambling.net also points out success stories such as the one about a deep sea fisherman from Aberdeenshire, UK who bet with a 20 pence spin at the Hall of Gods on the BetVictor online gambling site, and in one lucky spin, won the $9 million jackpot. Another amazing story related by the site is of Elmer Sherwin, who in 1989 won $5 million on a  Megabucks slot machine in Las Vegas, only to win another $21 million in the same machine in 2005. At age 92.

And if that is not amazing enough, there is the story about a man from Norway named Peter, who played an online progressive jackpot slots game called Arabian Nights. Without leaving the comforts of his home, and sipping hot cocoa while playing, Peter won €11.7 million.

So what do we take away from all these? Well for starters, if you are into gambling, and is quite good at it, then maybe you should try out mobile or online gambling. It is safer, easier and more cost effective since you do not even have to leave your home to gamble and you can try out no deposit casino at vipclubcasino.com. If you are not very good at gambling, however, you might want to try out some free mobile gambling apps out there to test and hone your skills before playing with your actual, hard-earned money.

More so, if you are looking to replicate the riches of the mentioned gambling successes in this article, a word of caution: “There are no secrets or shortcuts to success. It is the result of preparation, hard work, and learning from failures.”