Skip to content
TechGeeze > Technology > Editor's Picks > What’s going to be the next big thing? 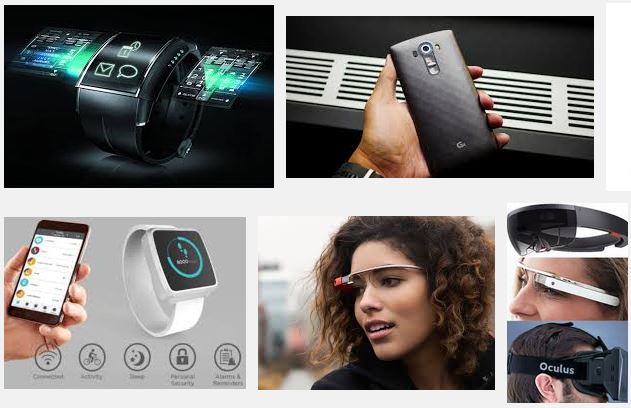 Technology is forever changing, which is probably why we like it so much. The thrill of never knowing what to expect in the near future certainly adds an element of mystery to our everyday lives.

Although we might not be 100% certain what the next big thing will actually be, we sure can hazard a good guess.

We’re going to explore the possible progression paths of tech we already have, whilst considering what new technology could take hold of the market and flourish.

And we’re pretty excited about it, too.

Yes, we’re going to begin this list with something as big and as exciting as robots.

The human race have long had a distinct distrust of robots. Whether that be due to copious films about them turning evil, or perhaps because they’re rooted at the heart of every good science fiction novel – robots have become the enemy.

But what if they weren’t?

We predict that we’ll begin to see a lot more robots on the market. We’re talking about the kind of robots that could possibly help around the home (who doesn’t love the music playing vacuum robot the Roomba?). Who’s up for a robot who will unload the dishwasher and clean the bathroom? We know we are!

They may currently only be the feature of various news articles we’ve read in our spare times so far, but 3D printers could really offer a huge, exciting step in technology.

We’ve recently read that 3D printers can actually be programmed to build more 3D printers by copying their parts, and we’re excited to see where this technology can be taken next.

We would like to see it in the home too, although what we can expertly build at the touch of the button could be quite controversial.

What if dangerous weapons are as easy to whip together as a jewellery box? This one needs to be carefully thought out before we’re let loose with them, as we’re sure you’ll agree.

You might be wondering what this is, but Magic Leap is little more than a concept at the moment.

However, it could prove to be one of the best technological break throughs in a long time – providing it gets all the required funding it needs. (It’s so far reached $542m dollars!)

The idea is that you put some form of glass technology onto your eye that can infused 3D objects with the real world around you.

This crazy idea will merge reality and virtual reality together as one – leaving little room to distinguish between the two.

Spooky, mad, or amazing? We’re not sure, but it sounds beyond exciting.

It’s been long predicted that this will take off, but we believe it’s a future project that’s yet to still see its hayday.

We have the Apple Watch, and we HAD the Google Glass, but where this technology may go next, well, no one knows for sure.

There are a few indicators. The Digital Sole is a sole you put in your shoe that is, as you might have guessed, digital. It has the power to heat your feet up and record your steps like a pedometer. It also tracks how many calories you burn and looks to bring a whole new level of innovation to wearable fitness technology.

You may be wondering why pictures is featuring on this list, considering we’ve been able to capture photos for quite some time now.

But the real reason it’s on the list is because what happens AFTER we take the photo is drastically changing.

There is talks of technology that will be able to calculate an average calorie amount simply by looking at a picture of the meal you’re eating.

This mind blowing development really could change the face of technology in the fitness domain. And the reality is, we just don’t seem to feel like we’ve done enough by creating wearable fitness trackers such as the Fitbit.

We want to take it further, and we believe this technology still hasn’t seen its peak presence on the market yet either.

Currently, if someone wants to game, they usually sit down, turn their device on and control the whole thing from their sofa with their hands.

But this is changing.

Technology such as the Oculus Rift is offering 3D virtual gaming to the masses, promising a 360 viewing experience.

Making ourselves a part of the game really does seem the next logical step when it comes to this sector, but there’s also an interest in getting the population moving more too.

Recently, Disney have announced plans for their Playmation gaming experience. The idea is to keep kids moving when they play games, which they are doing so by giving children objects to interact with (such as Marvel’s Iron Man’s electronic arm). This could help deal with child obesity levels – which no doubt are only increased tenfold thanks to us becoming a generation who prefer sitting and interacting on our electronic devices.

The future of Technology

It’s an exciting time to be a techie. We believe that there truly are endless progression avenues that our current technology can take, so much so that we’re not entirely sure where we should be looking if we’re hoping to keep track of it all.

But one thing’s for sure, the future is a bright place for tech, and we truly are waiting with baited breath to see where it goes next.

This blog was written by Jennifer Smith on behalf of Computer Hire.

4 thoughts on “What’s going to be the next big thing?”