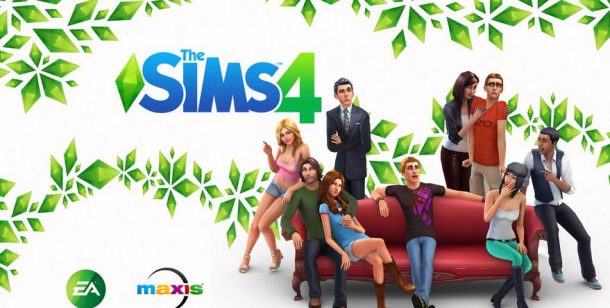 Sometimes, maybe too often that we ought to, we feel like escaping our very own day-to-day lives. Maybe your boss always pressures you with project deadlines and status reports. Or maybe your wife or girlfriend nags you to do or not to do certain things. Maybe you just want to live out your childhood dream of being a fireman or a businessman. Whatever your reason may be, sometimes, an alternate reality is refreshing and badly needed.

No wonder, then, that the Sims franchise have been rocking for years now.

If you have been living under a rock, The Sims is a life simulation video game series, developed by EA Maxis and published by its mother company Electronic Arts. Originally conceptualized by game designer Will Wright after he lost his home during a firestorm in 1991, the franchise to date has sold more than 175 million copies worldwide. The Sims 4, the latest instalment of the franchise, was announced in May of 2013 and was just released to consumers recently. Here, we take a look at the game, what’s good and what’s bad, and if it’s worth your time and money.

First up, we talk about the new Create A Sim interface, which was redesigned to be better streamlined than before. Layered menus were now removed, and players are now better enabled to fine-tune their character’s attributes such as shape, size, outfit, tattoos, and aspirations. There are even 8 different walk animations to choose from, each making your sim a more unique personality.

Skills have also been expanded and added more depth in The Sims 4. For example, if your sim is into gaming, and enters a tournament, and wins, he/she feels good and confident. Perform otherwise and it leaves them feeling sad and down. Sims may also do multitasking now, which means you can now play Candy Crush while sitting on the potty. Yup, just like real life.

Needs are now made simpler in The Sims 4, thanks to a new emotional engine implemented in the game. General needs such as hunger, sleep or hygiene stays pretty much the same, although moodlets such as comfort or environment have been now removed. Nevertheless, your sim seeing garbage can still make them feel uncomfortable, while a promotion at work makes your sim feel more confident.

Also noteworthy is The Sims 4’s graphics. It is great, and players will surely love taking pictures / screenshots of their sims’ virtual lives as they age.

The game surely looks good compared to previous iterations, although now, the general consensus among reviewers is that there is not much content present. There is not much community events and neighbourhood antics, with the game sometimes feeling like there is nothing more to happen after playing for a while. In short, The Sims 4 does not make gamers addicted that much to it, and that’s obviously not a good thing. Not to mention also that staple items from the entire series are missing, like garbage compactors, dishwashers, family trees, pool tables, and hot tubs.

Travelling also feels a bit of a chore now due to the required loading screens in between sub-areas. As a result, the overall world feels a bit static in comparison the open, free-roaming world gamers have been accustomed to before.

Overall, The Sims 4 is a good enough game. It improves upon the previous versions in some areas, and although it seems to lack some content, expansion packs and other downloadable upgrades and updates will surely provide a quick fix. This has happened before, and knowing EA Maxis, this will also happen for this iteration.

This post is sponsored by EA but comments are all our own.