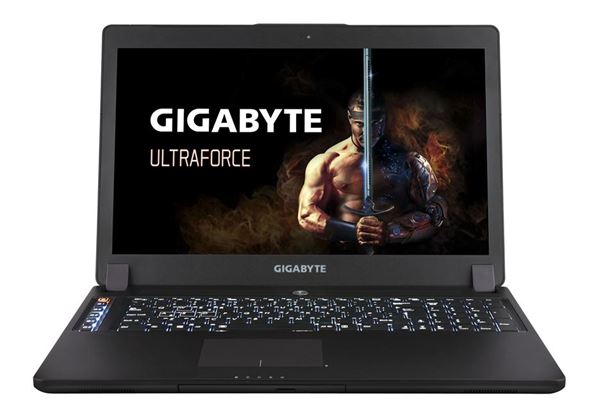 Via laptops and PCs the industry has seen a revival during a time when experts were writing it off. And there’s a new arrival. One that is a monster amongst the gaming laptops: the Gigabyte P37X v3.

Claiming to be the lightest gaming laptop on the planet it blows all previous opinions on the clunky, un-sophisticated looking machines out of the water, with a sleek new design which will take gaming to the next level.

There’s nothing loud or out there about the Gigabyte P37X. It’s plain black, with no neon lights that would look more suitable for an airport runway or the Las Vegas Strip. We quite like that. It’s as suitable for doing your work in Starbucks as it is gunning down zombies at home on the sofa.

Its slimline chiclet keyboard is ideal for gaming, and with five buttons down the side of the regular QWERTY, it gives space for 20 different functions, whether that be loading up apps, copying and pasting, or the million Starcraft combinations available.

That’s all with a 17.3-inch screen in Full HD, giving great balance and a quality sharp image that certainly makes it a market leader.

Where it comes into its own is with performance. It’s certainly the reason why you’ll be looking at about £2,000 for the device.

Performance is as important as ever today when gamers are playing an array of games from as mentioned Starcraft, to Call of Duty, to web games such as live roulette and Facebook’s Farmville, all demanding certain elements for superb performance.

When it comes to casino games for example, a heft battery life is required. You’ll get around three hours from a single charge, which isn’t bad for the market, whilst the likes of Call of Duty rely on an impressive GPU.

The P37X’s defines impressive. It’ll take on any game with consummate ease, rattling through any game in the Steam archives like Muhammed Ali in his heyday, making it an all-around giant which certainly packs a punch.

Its mousepad is perhaps the only thing that seems a little off but it makes up for that with everything else this incredible machine has to offer. Any gamer in the market for a new laptop, it’s a match made in heaven.