You read a lot in the media these days about the so-called death of the High Street – particularly in the UK.

Of course, this is far too soon to call in its entirety. Human beings like to get out and socialise and to meet others in doing so. And it’s well documented that shopping for stuff we usually don’t need is the number one leisure time activity.

But there are still some presences on the High Street that it’s really hard to fathom and whose days are surely numbered. Chief amongst these have to be the old-fashioned High Street bookmakers’ shops. You’d think these would be completely defunct by now – but not a bit of it.

Despite the web now being somewhere around 15-17 years old-ish for the mainstream population, it seems the old fashioned bookies on the High Street are positively burgeoning in some areas according to media reports. This seems odd; you can understand physical services like hairdressers, food retailers, restaurants, chips shops and newsagents etc. hanging on in there – but bookmakers; really?

And at the same time as this perplexing growth in old technology seems to be happening – everyone and their dog now seems to have smartphones – so why are people still going to these places? It seems this is a particular stratum of society and it’s not one towards the top of the socio-demographic spectrum – hence the media stories about exploitation etc. and these concerns are perfectly understandable. But it’s surely in its death throes? 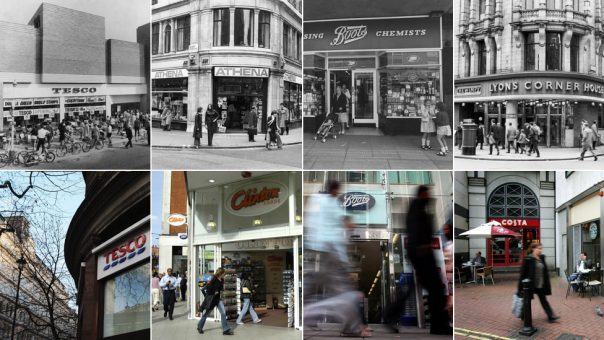 This prognosis would seem to be backed up by the stats; online gambling is generally preferred by a younger audience according to most industry analyses unsurprisingly. For example, regular online gamblers in the 18 – 34 age bracket make up almost half the online gambling market, whist in the 35-44 year-old age bracket around one in five of us now gambles online on sport. And in the UK alone, online sports betting is now worth well over £2 billion a year.

The Grand National is by far the biggest single gambling event in the country each year as a one-off spectacle, with around £350m staked on the race each year in the UK. So given the online gambling stats of over £400 million – huge amount of the Grand National money must still be staked in High Street bookmakers – though it’s very difficult to fathom exactly why that is.

Similarly, gambling on the Premier League is also huge along with many other sports. And an ever-increasing amount of this is now happening on smartphones unsurprisingly. The UK now has an estimated 20 million mobile gamers and gamblers, though the former figure is still a lot higher than the latter’s.

Where all this will leave the High Street is difficult to tell. It also depends what we mean by “High Street”. If this is a literal thing, then there’s hardly any point to it anymore – but if we include shopping malls and out of town retail clusters, it’s a different story.

As for the High Street bookmakers’ shops, these will surely be seen as relics of a bygone age in the not too distant future – along with many other relics of the past, whether we like it or not.

The generation now entering adulthood has only ever known the Internet age. And those not far behind will soon be unable to remember a time before Smartphones. And these people have no particular High Street nostalgia.