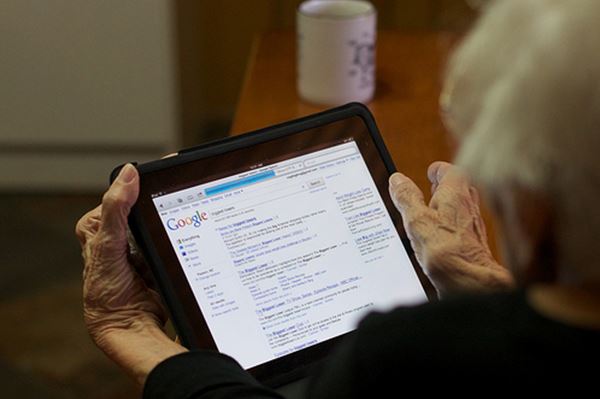 Time waits for no man (or woman) they say, and the same is undoubtedly true of technology. Hardly a day goes by that doesn’t s see the dawn of a new app., a reconfigured device or a previously unanticipated solution. Innovation is everything.

The Apple Watch may not have dropped from the Apple tree with quite the same seismic impact as Isaac Newton’s windfall did back in the day, but progress isn’t always about great leaps forward. Every day, by whatever degree, it seems, the gravitational pull of the market insists that we get techier and techier.

Or at least some of us do. It’s easy to forget that there are great swathes of people – mostly older folks – who are technologically only semi-literate. This didn’t seem such a big deal until one of the team here paid a visit to his Grandmother recently. She’s in her 60s and although she’s a fully paid up silver surfer, it seems she’s never got much further than attaching images to her emails.

So we were struck to learn that she was wildly evangelical about an online Bingo game she’d discovered. It turns out she was playing on mirrorbingo.com, which when we took a peek for ourselves proved to be a far smarter and more clear-sighted offering than we’d ever imagined. Apparently our pal’s grandmother was absolutely captivated by it, and when he came back to the office and told us his tale you could say that he hit a nerve.

This got us intrigued. What was it that had got this old lady so happy to play online at Mirror Bingo when so much else that’s available had left her cold?

It turns out that – a bit like Issac Newton’s apple – it’s a story that combines a bit of rocket science with a tale that’s as old as the hills – one of those things that is so glaringly obvious that you need it pointing out to you.

As with the quick sample of similar bingo sites we surveyed (sunbingo.co.uk, meccabingo.com, bingo.ladbrokes.com), the one this old lady was enjoying was bright, colourful and, by the standards that we’d normally work to here, quite restricted. The newspaper roots of the design were there for all to see in its grid-like arrangement and the over-sized visuals were notably static.

But the lesson from this little anecdote is that whilst ordinarily we would see these qualities as some sort of throwback, as a design deficiency, and as a reason not to disregard the site entirely, in this context and for this market these are key selling points. A bit like the noodles in Kung Fu Panda, the secret recipe involves the absence of a secret ingredient.

As our population ages (and that means all of us!) things like ease of legibility and familiar navigational cues are likely to get ever more important. And bear in mind this ageing demographic is still a massive growth market.

This is the lesson that reluctant adopters are trying to tell us. For all that the cutting edge of the industry is carrying us into ever more sophisticated technological territory, the fundamental key to any commercial success lies in the user experience. It points to a design rationale that is all too easy to overlook. Forgive us for saying so, but that part of the equation really shouldn’t be rocket science.