Apple unveiled not one but two versions of the iPhone just like what it did last year with the iPhone 5 & iPhone 5s. Apple CEO Tim Cook took the stage at Cupertino, CA to announce the iPhone 6 & iPhone 6 Plus.  The former has 4.7-inch display while the latter is a bigger one with 5.5-inches. The design also got a makeover. The edges are rounder versus the sharper edges of the iPhone 5. 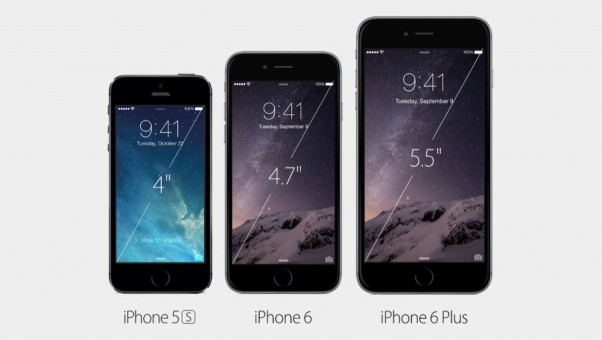 The resolution of the iPhone 6 is 750 x 1,334 pixels. The iPhone 6 Plus on the other hand has a Retina HD resolution (1920 x 1080 pixels). Both have IPS LCD display that is slightly curved in the sides. The pixel density is 326ppi and 400ppi respectively. Both screens are protected by “Ion-strengthened glass” (not the rumored sapphire crystal). 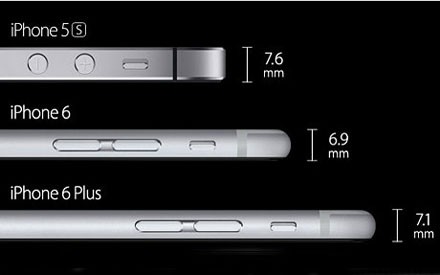 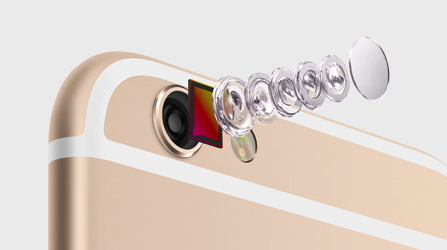 The 8MP iSight camera of the iPhone is back for the fourth year in a row but with better specs. Aperture is still f/2.2 and pixel size is 1.5μ. The iPhone 6 Plus has been given Optical Image Stabilization while the iPhone 6 has digital image stabilization. True Tone dual LED flash is still present. Panoramic pictures can now be up to 43 megapixels. The included phase-detection autofocus provides faster focusing speed. The video recording is at 1080p in either 30 or 60 frames per second. There is also slow-motion video at 240 frames per second.

The new iPhones also have better internals with a new 64-bit A8 chip that is manufactured using 20nm process resulting in 13% size difference with the A7. Accompanied by the size reduction is a 25% increase in CPU power and 50% GPU improvement. The A8 chip is partnered with a M8 motion co-processor, a second-generation version of the M7 that debuted in the 5S.

Aside from GSM calls, the iPhone has VoLTE and Wi-Fi calling. LTE is now up to 150Mbps downlink (Cat. 4) and supports up to 20 bands. It has Wi-Fi 802.11ac for better wifi speed, NFC is also added to support Apple’s new wireless payment mode which is the Apple Pay. The new service will let you use any American Express, Visa or MasterCard account to make payments if the payment terminal supports NFC.There is also an added barometer in addition to gyroscope and accelerometer sensors.