Canon has officially unveiled the Canon 7D Mark II which so far one of the most anticipated mid-range crop camera for this year. For the span of 5 years, the camera is long expected to have its next version, paving the way for this official announcement are rumors that even entice consumers to crave for the new high-speed shooter. 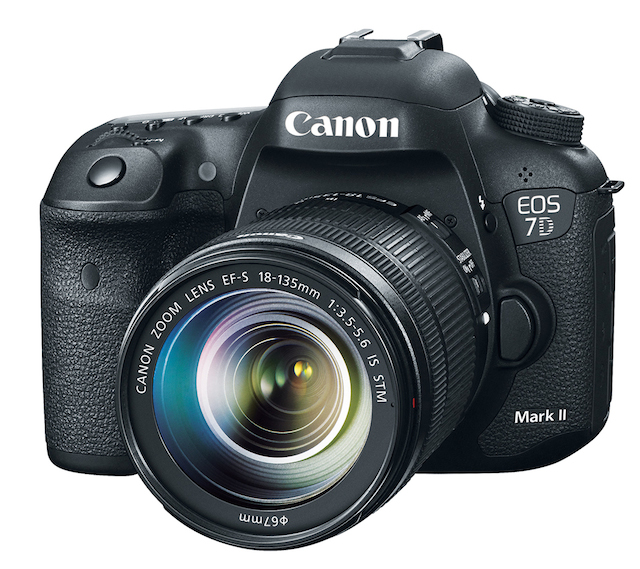 Basically, it’s aimed for action/sports photographers and video enthusiasts if you look closely at its specifications.

The Canon 7D Mark II features 20.2 APS-C sensor which is capable of capturing images at ISO of 51,200, with base ISO maxing out at 16,000. On the viewfinder, you’ll have a 65 cross-type points AF system paired with Dual Pixel AF which is very capable running dual Digic 6 processors.

The new 7D Mark II has also been forged to withstand external damaging factors with 4X more dust and weather resistant as well an ultra-rugged shutter with 200K rated actuations.

In addition, you would find a 1.04M-dot 3-inch LCD, a 150,000-pixel RGB+IR 252-zone metering sensor, a built-in intervalometer for time-lapse shooting, built-in GPS, and a higher-capacity battery even sweeten the deal for longer shooting.

Apparently, the 7D Mark II can’t shoot 4K though you can go for Full HD at 60fps in MP4 or MOV format. There’s also an added audio headphone jack and you can stream from an external video recorder through its HDMI port.

And notably, you might be searching for its built-in Wi-Fi functionality which is common for Canon’s new cameras, unfortunately this feat was out of the official specs list and you’ll need to buy an optional WFT-E7A Version 2.

is also up for you to grab this high speed camera.