The Google driverless car project has been around for a while. In the past, they used conventional cars made by other manufactures and fitted with tech to allow for autonomous driving, where the car does the driving for you.

Instead of just modifying normal cars, Google has announced that they will start building their own self-driving cars.

What’s more, these cars will only have stop-go buttons — no other controls, steering wheel or pedals. 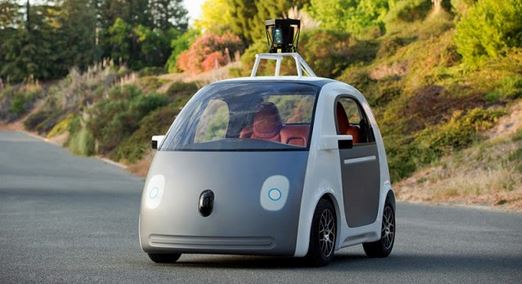 The rounded, two-seater was designed from the ground-up with only the basic purpose of a veficle in mind – getting you from one place to another. You only need to input your destination and the car will take you there.

Here’s what Google had to say:

We’re now exploring what fully self-driving vehicles would look like by building some prototypes; they’ll be designed to operate safely and autonomously without requiring human intervention. They won’t have a steering wheel, accelerator pedal, or brake pedal… because they don’t need them. Our software and sensors do all the work. The vehicles will be very basic—we want to learn from them and adapt them as quickly as possible—but they will take you where you want to go at the push of a button. And that’s an important step toward improving road safety and transforming mobility for millions of people.

The little guys come with an electric drivetrain and will have speeds limited to a top speed of 40km/h.

Google plans to build a fleet of around 200 cars in Detroit, using them as a test bed for future autonomous driving technology.

Here’s a video to see the cute little cars in action: