Without this piece of electronics, you might not be able to enjoy today’s luxury of almost every devices that makes our life easier. And we are not just talking about computers, but you can include your smartphone and tablet. How about your TV, microwave, fridge or even your car is loaded with microchips. Now you can imagine the worth of this early prototype of an integrated chip, to the computer history and our modern life. What’s your estimated bid for this 56-year old IC? Read on after the break. 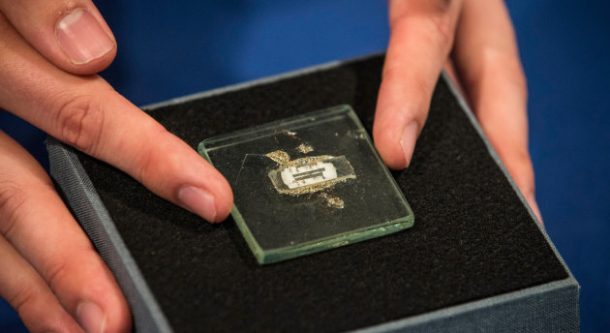 Auction house Christie’s will be selling-off the prototype IC that was built by Jack Kilby in 1958 while he was working at Texas Instruments. On that year, along with Robert Noyce –Kilby demonstrated a functioning IC which can performs multiple electronic functions. Interestingly, during that time ICs are known to be in silicon but Kilby uses germanium instead.

Now if ever you’ll want to own this important piece of computer history, which notably won a Nobel Prize in 2000 –you’ll need to slash as estimated price range of $1 or $2 -million dollar by Thursday’s auction.