When a meeting can’t wait on plane tickets and travel time to bring your team together, the best option is to take the meeting to your team. Video conferencing is nothing new to the world of business, but with newer and faster technology, the face of video conferencing is rapidly changing. Across town, or across continents, the world of video conferencing has been broken out of the boardroom and liberated from the desktop as teams go mobile. Tablets and Smartphones are changing not only the way that people communicate, shop, and play, but the way that business works, too. 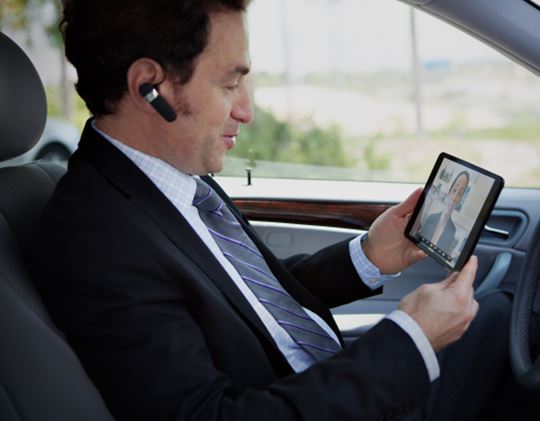 Something Everyone Agrees On

What do Big Business, Academia, Silicon Valley, Manufacturing, and the GoFundMe startup founded on the local Starbuck’s free wi-fi have in common? Every one of them acknowledges the importance of holding meetings within the company in order to continue to get business done. Everyone across the board, from CEO’s to assistant managers agrees that meetings need to happen sooner rather than later, that they need to be more dynamic, and less about troubleshooting than about preventing troubles in the first place. The more time your teams are involved in working with each other, communicating, and collaborating, the less time will need to be devoted to bug hunts in the first place. Connecting people face to face in their current environments is what mobile meetings are all about, and as video conferencing grows and moves into the cloud, better, faster communication is improving outcomes across the board.

Cutting costs does nobody any good when it cuts into a company’s effectiveness, and as noted in the recent white paper from Infonetics, while video conferencing capability is in demand, companies are leery of spending for big hardware. With the increase in mobile device usage and as cloud-based distributed services remove the expense of operating and maintaining a server, companies are seeing more and more savings when it comes to holding meetings to discuss company business. Removing complicated, static equipment, and having more innovations on the leading edge of telepresence technologies making themselves known via companies such as Bluejeans, video conferencing is becoming more economical than ever before for businesses both large and small. Scalability, cost, and ease of deployment are all factors by which companies make their decisions, and the cloud-based newcomers are highly innovative and competitive in those areas.

For face to face style meetings, or even massive 100-person meetings, people feel more engaged when they can see the people they’re working with. Gigaom’s recent study highlights that 87 percent of people feel more a part of the team, and more engaged in the process when they can see and pick up nonverbal cues in a video conference, as opposed to a conference call. Mobile devices such as tablets and smartphones are expanding the reach of the conference to wherever members of the team happen to be at the time, meaning that when their input is needed, it can be heard.

Looking at the Numbers

It’s no secret that the use of mobile devices is changing the way that people work, play, shop, and communicate. However, it’s also changing the way that businesses communicate, collaborate, and coordinate. Worldwide, sales of desktops are plummeting and laptops are in a steady decline. Tablets and smartphones are increasing market share quarterly, with tougher and more rugged devices made for durability finding places in briefcases and messenger bags. The Internet is no longer a place one goes, but has instead become a part of the modern mobile lifestyle. According to Lifesize, the “BYOD” phenomenon in business is fuelling a boom in come as you are meetings as tablets alone exceed 100 percent growth.

Social Media Today reports that video calling usage is projected to approach 500 billion minutes in 2015, a massive amount of growth over the paltry 141 million minutes that users expended in 2010. With 4G LTE replacing 3G networks in most markets, and taking into account video call capabilities, high definition video cameras on almost every device, the stage is set for the ability to conference at will, simply with a swipe and tap.

There is nothing new about businesses utilizing video conferencing equipment to communicate with employees and clients that are located outside of the local offices. Now, companies are taking advantage of better technology and faster connection speeds to move their meeting out of the board rooms and into new locations. Mobile video conferencing is quickly taking over and will soon be the only way in which companies communicate with their employees and clients that live across town, or across the globe.

2 thoughts on “Mobility is changing the face of videoconferencing”