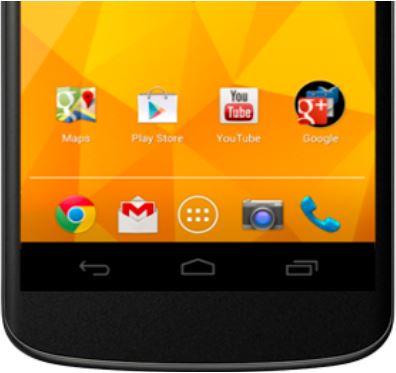 Unless you have had your head under a rock recently, you will have noticed Google has been spurring unprecedented growth and ginormous investments with Android. Why not? The mobile milieu remains to be a massive revenue-generating field that shows no sign of retaliation any time soon.

Huge is an understatement when speaking of global smartphone market. In fact, it has spawned several biotas including mobile applications development. This is where Android (together with Apple iOS) is reigning supreme.

The first quarter of 2014 is coming to an end. But, the Android app launches have just begun. Downloads and purchases have been hitting all-time highs the past few weeks. Indeed, the year is looking to shape up to be a pretty big one for mobile apps, especially for Android apps developers.

Learn about the best apps of 2014 with this roundup.

Who would have thought that an app with US-centric trivia questions was birthed in Iceland? It’s not a question of geography, but QuizUp has turned into an overnight success following its availability for download on Android devices. The Nordic app garnered more than 1 million signups in just a week.

The innovative app idea taps the geek and trivia-hungry character in every user. To date, there are over a billion matches played within more than 200 countries worldwide. The brainiest and know-it-all guys compete over 400 education and pop culture subjects.

Another startup is on a roll. Slovenian-bred Povio is making waves as it veers away from the conventional feed model of posting and getting photos pushed out in social networks. The app focuses on building your community that does not feel intrusive.

A free Android app, Wikitude makes use of your camera and location data to search for restaurants, people or vacation spots nearby. This app is particularly useful for those who are fond of backpacking trips or exploring a new country by themselves.

Just point and shoot. The app processes the photos and combines these with geographical information to come up with recommendations.

Basecamp tackles the more serious side of project management. It’s like you never leave the office. You can still monitor progress of projects and assignments even when you are thousand miles away from your collaborators. Basecamp allows users to easily jump into discussion and upload or share files.

Tapping into the astronomical phenomena, Sky Map provides users an interactive map of stars depending on their location data. The app also utilizes phone sensors to display star charts and name constellations, planets and celestial objects visible within your location.

Arguably the coolest feature of Sky Map is its ability to “Time Travel” and shows you what the night sky looks like days, weeks or years ago, depending on the specified date you typed.

Cynics noted that the fragmented ecosystem of Android is the reason why it is still trailing Apple iOS. But, with recent developments and mind boggling futuristic approach and updates, do you think Android has just displaced iOS? What’s your favorite Android app you have downloaded this year? We’d love to hear your thoughts and suggestions.