Skip to content
TechGeeze > Technology > Gadgets > Was the radio the most important music device of all time?

Whilst studying and demonstrating electromagnetic waves in 1888, Heinrich Hertz said something that could have changed the world, “I don’t see any useful purpose for this mysterious, invisible electromagnetic energy.” 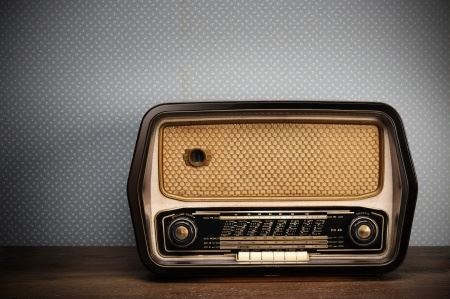 Thankfully, Alexander Popov, a Russian, and the Italian-Irish inventor Guglielmo Marconi saw potential in the mysterious waves Hertz was so keen to dismiss. Together, these two inventors separately sent and received the very first radio waves.

If aliens were looking down on us, they would have marked this as a significant achievement.

In 1901, the world’s first transatlantic radio message was sent by Marconi. It was a simple message, just three dots and the letter S, but it sparked worldwide innovation.

The first practical use for radio waves was to maintain contact with ships out to sea. These radio waves however were unable to communicate speech and instead sent information through Morse code. It was during WWII that there was a surge in radio wave usage, and it was at this stage that radios found their way into most homes across Great Britain. Once the war had ended, radio stations began to pop up, and before users knew it, there were a range of music channels to listen to.

This must have been amazing, and somewhat scary – at the time, records were the main way to listen to music, yet radio was a free medium. People could listen to music for free. At first, the recording industry saw a huge drop in profits, but it never ironed out the industry. Just like today, a minority of listeners appreciated the ability to collect and ‘own’ their own music.

What radio did was bring public information and music to everybody. Whether you were upper or lower class, radio was accessible to all and it was incredibly simple to use, and therefore not limited to only adults. There are upsides and downsides to this, however as radio progressed, so did licensing contracts, and before long musicians and recording labels were able to claim royalties from playback.

So is the radio the most important music device of all time?

You could make a strong case for it not being. You see, radio destroyed many recording labels and also artists in the early days of radio usage. This limited the variety of music available, and radio made it hard for aspiring artists to make a good living from music. Copyright owners were, naturally, incredibly concerned.

At the other end of the scale, radio allowed new artists to reach thousands of people at any one time. It was a unique medium and one that had the greatest access to listeners.

So radio was the most important music device of all time in terms of delivery. However, a more important device was the humble record player, because without it and the records themselves artists would not have been able to fulfill their dreams and make a living from their music. As radio progressed, it played a key role in the sales of records, but in terms of early delivery, the record player trumps the radio.

Fast forward to today, and it is digital radio that commands the most listeners. Superfi’s DAB radios  allow for cleaner listening than their FM and AM counterparts, and advancements in personal technology such as MP3 players mean that the likes of the AKG K451 headphones from Superfi (find here) offer listeners greater choice of delivery.