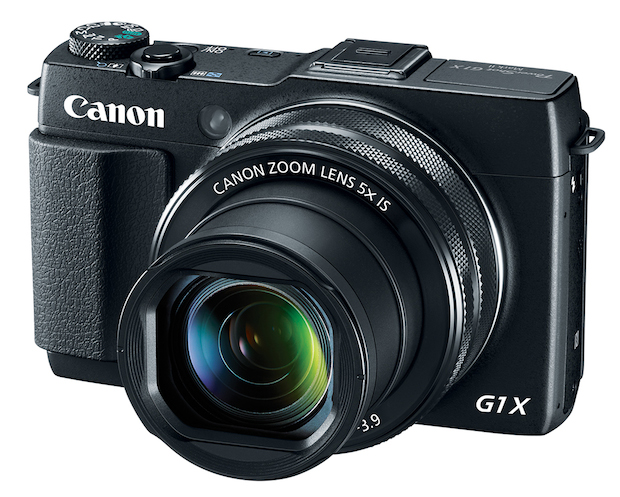 We’ve just posted about the deep-diving rugged Canon Powershot D30 that highlights its 82 feet waterproof rating. Another promising units that have just been official from CP+ is Canon’s fixed lens with large-sensor G1X Mark II compact digital camera. Its predecessor G1X which has been introduced back in CES 2012 covers up for its failed attempt to jump into the mirrorless bandwagon. Now the company introduces a better G1X Mark II from the remarkable performance of the original version.

The Canon G1X Mark II features a 1.5-inch 12.8-megapixel CMOS sensor paired with a DIGIC 6 processor and a fixed-faster 24-120mm equivalent f/2-3.9 zoom lens. With its wider aperture and great ISO range which is between 100 and 12,800 this compact camera assures speedier capture.

The new compact digicam will also be compatible with a new external EVF and an optional grip to get an stable hold or DSLR-feel like grip for the G1X Mark II.

You can pre-order now the Canon G1X Mark II at Amazon.com

for a starting price of $799 and will be shipping on May 9th.