The rise of smartphones and the popularity of photo-sharing mobile apps have certainly impacted the seriousness of photography. With mobile devices carrying bigger, better cameras of their own, many consumers don’t see the point in investing on a camera, whether it’s a point and shoot product, or a DLSR. Between a bulky camera and a slim all-in-one touch phone, statistics show people are going for the latter. 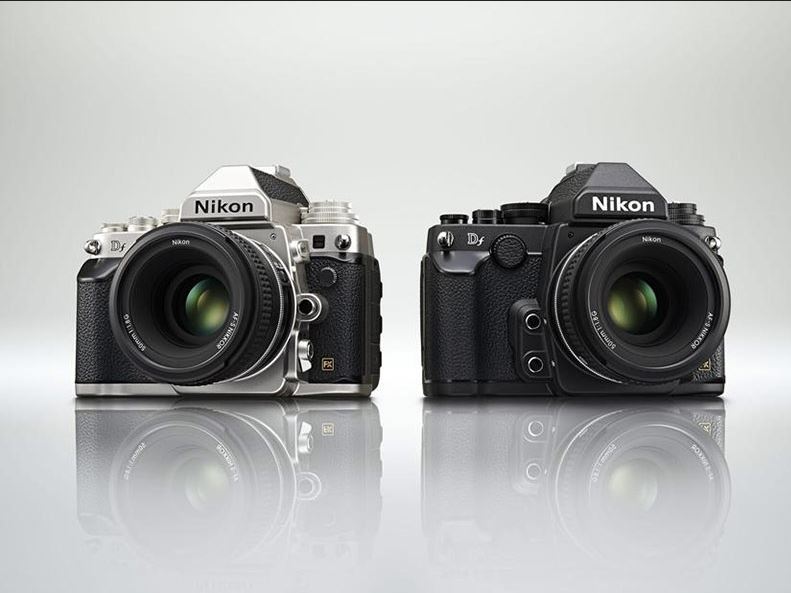 But for those who take their image-snapping with true passion, Nikon’s latest release aims beyond restoring nostalgia. The Df Camera – Df standing for Digital fusion – is exactly what its name implies: a combination of the classic SLR look, with the features of a modern DSLR. This new product is a fusion of Nikon’s rich tradition, and its aims for the future of its products.

For starters, the Df is a sturdy gadget, despite being the smallest and lightest FX-format body Nikon has produced. The stunning old-school vibe is complemented by the return of the F mount, which allows the company to offer a mutual compatibility in terms of lenses for its range of cameras. Those new to photography will appreciate the no non-sense worry free dial operation, combined with stunning image capturing features: an EXPEED 3 image-processing engine (found in the flagship D4 moddel), as well as a 16.2-megapixel 36×23.9 full-frame sensor. The EXPEED 3 essentially powers the DF’s ISO range (which has a tangible dial) from 100-12,800. The ISO range can also be reduced to to an equivalent of ISO 50, and when necessary, expanded to ISO 204800, affording the Df quality performance in all sorts of lighting. Apart from the viewfinder, the DF also has a 3.2 inch LED screen.

The downside is that the Nikon Df is not able to take videos. But the camera can shoot 5.5 frames per second, and with settings for 1:1, 3:2, and 16:9 aspect ratios. On top of the camera are the handy dials to for shutter adjustments just the way film SLR’s used to. Another issue for the Df is that it doesn’t have built in flash. For those taking up photography as a hobby, these concerns can be negligible. But for the more serious photo aficionado, taking for granted such additional features can hurt its appeal.

Price wise, the Nikon Df is certainly a top-end camera. A pre-order will set you back a hefty $2750, and an optional lens kits will cost you another $3000. The camera also comes in a more traditional, modern black exterior for customers who aren’t exactly interest in the retro look. Nikon will start shipping the Df just in time for the holiday season. For obvious reasons, the price range may certainly hurt the success of the gadget. The IDC has already predicted that interchangeable lens cameras like the Df, should expect a 9.1% decrease in shipments. Even though smartphone manufactures are investing on better cameras for their devices, they still won’t match the capabilities of a DSLR. However, the rise in photo editing software and mobile apps attract users who can simply edit their images to mimic DSLR effects. Still, photo hobbyists will certainly take a liking to the Df’s super image qualities and classic look. It’s portability will certainly add to its overall market appeal. For those who can afford it, it’s an investment that goes beyond an Instagram-ed photo.

It’s now available for pre-order at Amazon.com for $2996 and will be shipping on November 28th.