Since the launch of the first iPhone nearly six years ago, mobile gaming has continuously gained traction as one of the major applications of smartphones and tablets. Today, mobile games make up a huge chunk of the time we spend using our beloved Android or iOS devices, a fact that makes us wonder, just how addicted are we to mobile games? Here we explore the facts. 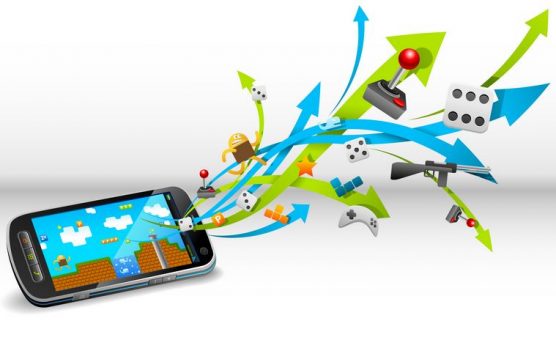 First up, let us talk about the mobile gaming industry per se. In the US alone, almost 1/3 of the population, or at least 100M people, are mobile gamers. Mobile games are the most popular app category across all platforms, with 64% of all mobile game users playing their mobile games daily. Unfortunately though, 80% of developers today do not make enough money to be a standalone business, with the top 25 developers raking in half of all mobile development revenues in 2012.

Nevertheless, with this huge user base, the mobile gaming industry is seen to reach an astonishing $54B in 2year’s time. In 2011 alone, $12B of revenue was generated from the industry, which is, given its current growth rate, is expected to double by 2016.

Who are the people driving this insane growth spurt? Well, it was found that the average age of mobile gamers is 28 years old while the average social gamer is at 39 years old.  54% of all gamers are male, with 45% being female. Of all males who have mobile devices, 87% play games on such devices, compared to only 80% for females. Family, friends and social media platforms are the primary drivers for new games, with 25% of adults hearing about new games in sites like Facebook and Twitter while 50% of mobile gamers learn about new gaming titles from their loved ones.

Unsurprisingly, majority of us play mobile games in the bedroom. 52% of all gamers play for more than an hour per day, adding up to over 130M hours a day in 2011. On average, this is approximately equal to 7.8 hours a month per person spent on mobile gaming. That’s equal to a day’s worth of sleep!

Of all the devices we use for gaming, 33% of us play on our mobile phones, 32% on our laptops, 18% on traditional gaming consoles, 13% on tablets and the rest on handheld game players. Adding all these up, 50% of all devices used for gaming are mobile devices. That’s huge, considering that just a few years ago, PC gaming was just booming and PlayStation and Xbox were king.

Now to the gaming favorites… Of course, who could forget Angry Birds? The franchise that boosted Rovio to popularity has 700M total downloads as of March 2013, making $6M from ads alone. Roughly 500B total birds have been shot in the entirety of the Angry Birds franchise.

Another industry bigwig, Candy Crush Saga, was reported to have broken the usage algorithm used by AppData, a market research firm that monitors the usage of games and other apps. It is currently ranked the No.1 top grossing app and #4 top free app in the world today. It has a daily revenue estimate of $858,389 with 7,443,390 daily active users.

Other runner-ups worth mentioning are: Tiny Tower, which made $3M in its first year alone from in-app purchases and Draw Something, which was downloaded 50M times in a span of 50 days.

And lastly, don’t forget those online money gaming apps like the William Hill Casino Online that are compensating for those high rollers on-the-go and casual gamers who are trying to bet on their beginner’s luck gamble.