We all agree that spending money is much easier than saving it, but in an increasingly turbulent economic climate, many of us are looking for ways to save on the cost of living – whether it’s pinching that extra penny at the supermarket or minimising utility bills at home.  When it comes to car expenses, there are very few of us who haven’t pulled into a petrol station and groaned at the ever-increasing price of fuel. But luckily the auto industry has finally answered our prayers, with the introduction of the hybrid car. 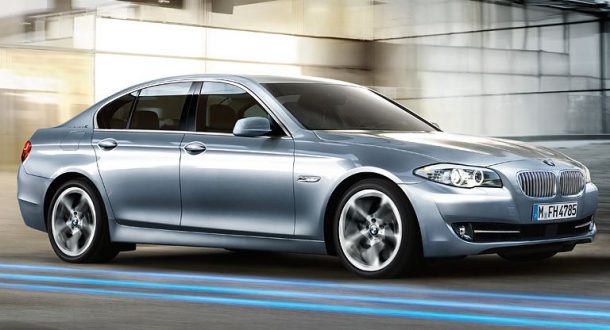 A hybrid is any vehicle that combines two or more sources of power that can directly or indirectly provide propulsion power, and most hybrid cars on the road right now are gasoline-electric hybrids, so let’s start there. The key to the success of a hybrid is that the gasoline engine can be much smaller (and therefore more efficient) than the one in a conventional car. Most cars require a relatively large engine to produce enough power to accelerate a car quickly, but a small engine uses smaller, lighter parts, reduces the number of cylinders, and operates the engine closer to its maximum load, making your motor lighter, speedier and much more fuel efficient.

The fuel engine on a conventional car is sized for the peak power requirement (those rare occasions when you ‘put the pedal to the metal’). In fact, most drivers use the peak power of their engines less than 1% of the time. The engine on a hybrid is sized closer to the average power requirement than the peak, meaning you can still burn rubber if the mood strikes, but you’ll be saving money on fuel on all those quiet Sunday drives and blissful Monday traffic jams.

But how can you tell your hybrid from your Honda? Five years ago, most motorists viewed hybrid cars as something between a commodity and a contraption. Today, the government are reporting a 73% growth in hybrid car sales since 2004. But recently, industry analysts have pointed out that the swift absorption of hybrids into popular culture—and thousands of British driveways—has produced more than a little confusion and misinformation. Here are some of the most prevalent myths about hybrid cars.

Although you could be forgiven for thinking on plugs and sockets when you hear the word electricity, today’s hybrid cars don’t need to be plugged in. Auto engineers have developed an ingenious system known as regenerative braking, in which energy usually lost when a vehicle is slowing down or stopping is reclaimed and routed to the hybrid’s rechargeable batteries. The gas engine is also used to transfer energy to the batteries. The process is automatic, so no special requirements are placed on the driver.

Hybrids are currently available in 25 different models ranging in price from £17,000 to £80,000, and the most efficient models —the BMW Active Range—are available well below £50,000. And don’t forget, you will save on fuel costs.

3. Hybrids are small and underpowered.

The fastest hybrid on the market exceeds 300 horsepower and will go from 0 to 60 mph in less than six seconds, proving that adding an electric motor and batteries to the drivetrain does not intrinsically mean diminished performance. Combining a gasoline engine and electric motors gives engineers more control to emphasize fuel parsimony or speed, urban driving or highway cruising, large vehicles or small.

The list of celebrity hybrid drivers is long. They zip around Hollywood and appear on talk shows extolling the virtues of hybrid vehicles. These celebrities, and other early adopters of hybrid technology, were primarily motivated by the environmental benefits. As a result, they created an easy target for naysayers to brand all hybrid drivers as tree-huggers.

5. Hybrid technology is just a fad.

hydrogen as the silver bullet approach to sustainable mobility. Sustainable mobility advocates don’t see these approaches as an either-or proposition. It’s all of the above. The ability for automotive engineers to combine systems and fuels in a single hybrid vehicle gives great flexibility in finding the greatest efficiencies at the lowest cost.

There are many great new hybrids on the market, such as the BMW ActiveHybrid range, which features some innovative and economical new models. Whether you’re looking to save money, reduce your carbon footprint or just try something new, hybrid technology can offer you the greatest efficiency at the lowest cost.