Over the years we’ve seen Apple make various small changes to its iOS system, but none have been quite as dramatic as the recent upgrade to iOS 7. Pulling out all the stops, the new iOS has changed its looks, and how we use it, to become sleeker, sharper and easier to use. 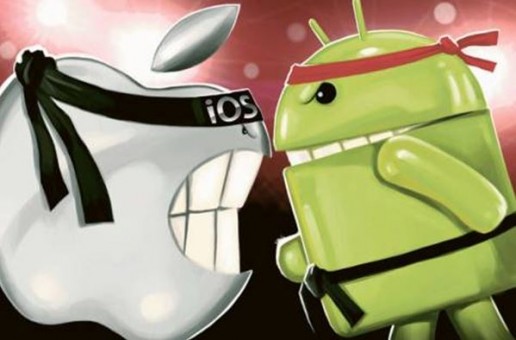 Android on the other hand is renowned for moving quickly, ironing out wrinkles and constantly improving to become a much more usable machine. But in the last year, Android’s Jelly Bean has stayed in a pretty similar state. Albeit a very useful one.

It’s difficult to pin down which is the best. After all many like to stay loyal to their products, but with Apple’s drastic changes, it’s certainly heightened the debate more than ever.

Still in the traditional grid format, iOS 7’s home interface is still arguably the most radical change made to the new format. And it’s certainly a welcome one. Gone are the wooden book shelves, and leather-bound diaries of the previous model and a slick, colourful new interface drags the Apple products into the modern day. Now going toe to toe with the Android, both user interfaces offer different experiences, with the Apple finally competing with Android, which allows its users to add widgets to the home screen, offering an almost Savile Row style tailoring to its mobile devices.

One area that will always divide opinion is the App stores. The App Store has slightly less apps than Android’s Google Play which has over one million on the market. Unsurprisingly the Google effort’s search is also much better than its Apple counterpart, showing apps even when users misspell the name or category.

In many cases, apps are available in both stores, with apps such as Money Gaming available to download on both devices along with many other apps where you can do anything from view bank accounts to pay energy bills.

But it mostly comes down to how you use it. With 26 percent of Google Play’s apps being games compared to only 14 percent in the Apple App Store, if you’re looking to game, you should probably go Android.

Aside from the gaming though it’s very difficult to pin down just which system out-trumps the other. Like in the sweets versus fruit conundrum, it really is each to their own. But remember, whilst sweets may be better on the palette, fruit is a lot better for you.