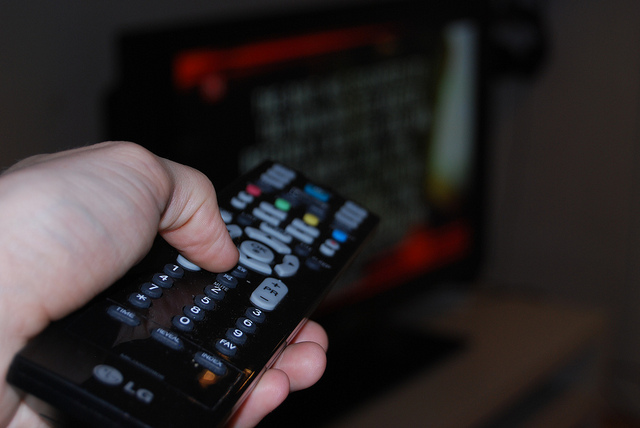 When Scottish engineer John Logie Baird invented the world’s first television, it’s unlikely he could have ever imagined what this revolutionary technology would become just under a century later. Let’s take a look at how TV has transformed over the years from a passive broadcast medium to an interactive entertainment centre.

What you see is what you get

When the first television broadcasts went out in Britain and America in the late 1920s, the concept of choice was simply not in the picture, a far cry from the ‘smart’ Samsung televisions that we can buy from the stores today. The programming wasn’t in any way up to the viewer – what you saw was what you got.

In the ‘40s, the number of channels grew slightly. The US television industry adopted three main networks: NBC, ABC and CBS. For the first time, audiences were given a choice in what to watch. However, networks offered limited programming, shutting down their service in the evenings and leaving viewers with nothing but a holding screen until they returned to broadcasting the following morning.

The emergence of cable and satellite television in the ‘70s ushered a new era of TV culture. Audiences now had numerous channels to choose from and each channel was able to tailor its broadcast to a specific niche. For example, families could tune into channels that specifically offered family-friendly programming. Those with an interest in science and nature were offered tailored entertainment on the Discovery Channel. Foodies were treated to channels offering nothing but cooking shows.

As the number of channels continued to grow, the demands of niche TV audiences yielded greater influence on what was shown. However, the power to choose what was shown and when it was shown still lay with the network.

You want it, you got it

The 21st century brought two major innovations to the world of television. Firstly, the emergence of DVR systems has allowed viewers to watch their favourite TV shows at a time that’s convenient to them. Giving audiences the ability to pause, rewind and fast forward TV programs, DVR turned the TV experience into a far less passive activity.

Secondly, smart TVs that integrate with the Internet have transformed televisions into interactive media centres. These come with built-in wifi, allowing users (note the change from ‘viewers’ to ‘users’), to watch shows and films on various online media such as Hulu Plus, in addition to standard network programming.

Of all the advancements in television technology throughout the years, the most recent innovations represent the biggest game-change. DVR systems and smart TVs have shifted the power to the individual and completely transformed the way people think of television. After such a revolutionary change, it’s difficult to imagine what could be next for this century-old technology – suppose we’ll just have to stay tuned.