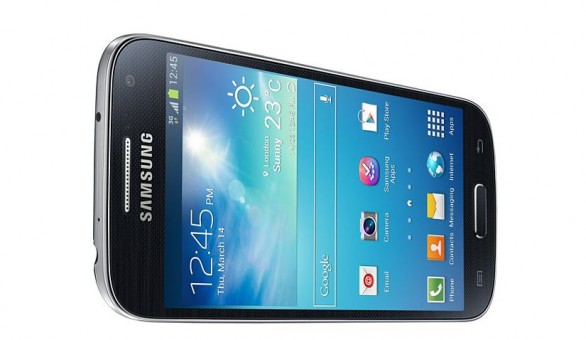 The Galaxy line of smartphones is truly one big, happy family. And now, sticking to their tried and tested formula, Samsung outs the Galaxy S4 mini as a downsized and cheaper alternative to its current flagship.

With the Galaxy S4 Active and Galaxy S4 Zoom playing on the niche side of things, the Galaxy S4 Mini is slated to have a broader appeal to consumers and not as a mere poor man’s alternative to its big brother. Obviously, a number of software and hardware features have been omitted on the Mini, but overall, it should be a tidy package that has plenty to offer for those who are not very demanding technology users.

To provide a more in-depth coverage on the Samsung Galaxy S4 Mini, read on to find out our take on Sammy’s flagship baby.

When shipped, the Samsung Galaxy S4 Mini comes in a very compact box similar to the one used in the flagship Galaxy S4, which is in line with the company’s latest packaging trend of using recycled paper and soy-ink print. Bundled accessories are: A/C adapter, microUSB cable, and a pair of earphones.

Being an almost shameless albeit downsized replica of Samsung’s flagship, the Galaxy S4 Mini keeps the same design style and finish that is expected to provide the same aura and presence of the flagship to fuel the Mini’s sales.

The Samsung Galaxy S4 Mini is very comfortable to handle, thanks to its curved back fitting. One-hand use is also very possible thanks to its rather friendlier and compact size. The AMOLED screen of the smartphone is also very pleasant to look at, both indoors and under the sun.

The Samsung Galaxy S4 Mini packs an 8MP primary camera with LED flash that can shoot 1080p videos. The microSD card slot and the microSIM compartment are located under the 1900mAh battery.

Display of the Samsung Galaxy S4 Mini, at 4.3”, is a Super AMOLED panel with a resolution of 960 x 540 pixels. Pixel density is at 256ppi, which when paired with an RGB matrix is right on par with the other midrange smartphones in the market today.

The Samsung Galaxy S4 Mini ships with Android 4.2.2 Jelly Bean out of the box, with a TouchWiz Nature UX interface on top. In practical use, even the budget-friendly Samsung Galaxy S4 Mini is more than capable of producing fluid and smooth handling that is almost comparable to that of the flagship S4. To top that, the 8MP camera also does not disappoint when shooting stills and videos –even through online chat with Skype for Android it works great. It also does not hurt that the Mini, as mentioned earlier, ships with the latest Android OS.

Unfortunately, to compromise for the Mini’s processor’s limitations, Air View and Air Gestures were removed, as well as Multi-Window, Smart Scroll and Smart Pause. Good thing, however, that at least Smart Stay were carried over from the original S4.

Overall, with an almost-right balance of features, size and price, the Samsung Galaxy S4 Mini seems to be just the right little brother to the Galaxy S4. Although not a super-mini by any standards, and with an SRP of $518, the Mini is at least a better evolution of the S3 Mini that should give the smartphone a decent enough share in today’s really crowded market.

Images are from Samsung.