If you are looking to invest in an Xbox One this November, you’re not just buying the console, you will be investing in the power of cloud computing.

The cloud computing capabilities associated with the Xbox One will change the way we paly games. There will be 300,000 servers providing cloud power, making it the worlds largest cloud infrastructure. These servers will be located all over the globe and will incorporate one of the world’s largest fibre networks, providing over 3 terabits of capacity per second to over 2,000 networks. But what does that really mean? 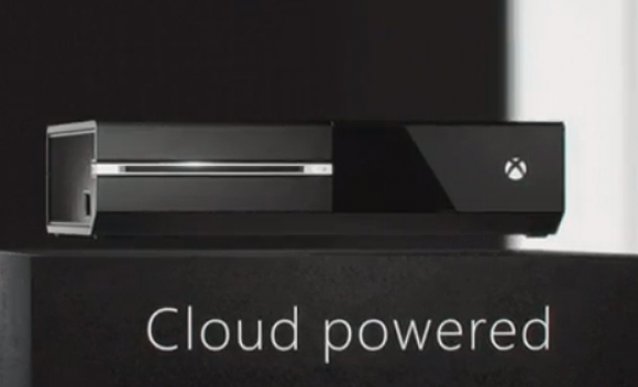 The main benefit of cloud computing is storage. As the games industry is moving away from conventional discs for distribution, Xbox Live will provide access to a countless number of games online. These games will have different capabilities to those on discs. They will have expansive multiplayer properties.

Cloud computing enables developers to creating large and constantly evolving multiplayer worlds that provide players with a more intuitive experience. The environment and behaviour of the non-player characters will seem more realistic, and opponents will pose more of a challenge to players and their in-game allies.

When you choose to stop playing, the game doesn’t stop. Your profile can continue playing even when you’re not online. Every game that you play is saved in the cloud, so you never need to worry about loosing a game. Another benefit is that updates are automatic and wont effect game play. These updates happen in the background so you wont have to wait to resume playing.

The cloud is revolutionising the way in which players engage with games and other players. Microsoft wants this technology to unite members of the Xbox community by providing powerful games, creating evolving worlds, providing new gameplay, and deeper experiences.

Cloud computing gives game designers more freedom. As cloud computing eliminates the cost of distribution normally associated with discs, designers can be more creative in terms of the types of games they create.

The Xbox One will keep the traditional gaming console whilst harnessing the capabilities of cloud computing. The console is the ultimate entertainment device. It has an inbuilt Blu-ray player, built-in Wi-Fi, and Xbox Live Gold.

Xbox Live stores entertainment as well as games in the cloud. You can access on demand TV, films and music, and take advantage of community and social features. In the same vein as gameplay, if you stop watching a programme or film on the console, you can return to it later and pick up where you left off.

Games are constantly evolving and advancing to provide players with more immersive environments and gameplay. The Xbox One is harnessing the power of the cloud in order to move a step closer to a fully immersive gaming experience.