Elon Musk, the chief executive of Tesla Motors and SpaceX, recently unveiled the details of a superfast mode of transportation he dubbed the Hyperloop.

Posed to challenge California’s $70 billion high-speed train project, the Hyperloop is a solar-powered, city-to-city elevated transit system that is aimed at taking passengers, as well as cars, to and from Los Angeles to San Francisco in just under 30 minutes.

Musk envisions the Hyperloop to transport people via aluminum pods enclosed in steel tubes. It would be designed similar to a shotgun with tubes running side-by-side and mounted on columns 50 to 100 yards apart and the pods travelling at around 800 mph. Cars could even be ferried inside specialized pods, as well as people. “You just drive on, and the pod departs,” Musk says. 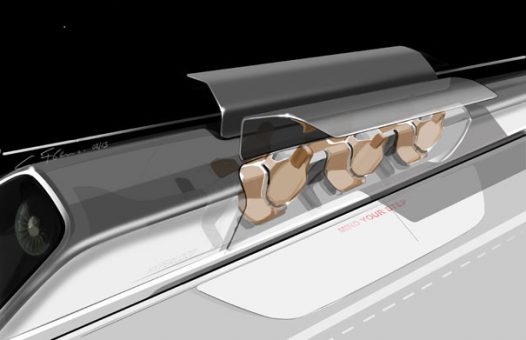 The Hyperloop is set to focus on public transportation and how it can be improved. Musk became increasingly interested with such endeavor ever since he became disappointed with California’s proposed high-speed rail system that is scheduled to start later this year. It is supposed to link cities from San Diego to Sacramento, and will be costing at least $ 70 billion. However, Musk says that “You have to look at what they say it will cost vs. the actual final costs, and I think it’s safe to say you’re talking about a $100 billion-plus train.”

His Hyperloop idea, on the other hand, is said to cost just between $6 billion to $10 billion, depending on the configuration and purpose. This makes the Hyperloop 1/10th the cost of the California project, but is expected to be four times as fast.

Safety has been carefully considered by Musk int he Hyperloop’s design. According to him, it will be implementing an emergency brake system, as well as a fixed safe distance between pods of 5 miles will be imposed. Riding the Hyperloop is also expected to be quite pleasant. “It would have less lateral acceleration—which is what tends to make people feel motion sick—than a subway ride, as the pod banks against the tube like an airplane. Unlike an airplane, it is not subject to turbulence, so there are no sudden movements. It would feel super smooth,” says Musk.

The tubes will be housing the mods mounted on thin skis made out of inconel, an alloy used by SpaceX that is said to withstand high pressure and heat. Air gets pumped through little holes in the skis to make an air cushion. The front of the pod would have a pair of air jet inlets. An electric turbo compressor would compress the air from the nose and route it to the skis and to the cabin. Magnets on the skis, plus an electromagnetic pulse, would give the pod its initial thrust, with re-boosting motors along the route would keep the pod moving. With warm air inside the tubes and high tailwinds, the pods could travel at high speeds without crossing the sound barrier.

Whether the Hyperloop concept would remain an idea or materialize into an actual invetion remains to be seen, although about a dozen people at Tesla and SpaceX have helped Musk with the design and checked the physics behind the Hyperloop. From a technological standpoint, the Hyperloop idea seems to hold ground. “It does sound like it’s all done with known technology. It’s not like he’s counting on something brand new to be invented,” says Martin Simon, Physics Professor at UCLA.