The MacBook Air set an early bar for ultra-portable computing when it was released back in 2008. Combining a sleek and attractive silver case with compact-yet-powerful components, Apple’s latest addition to the line-up sparked off a war with other computer manufacturers who developed the Ultrabook line of laptops. 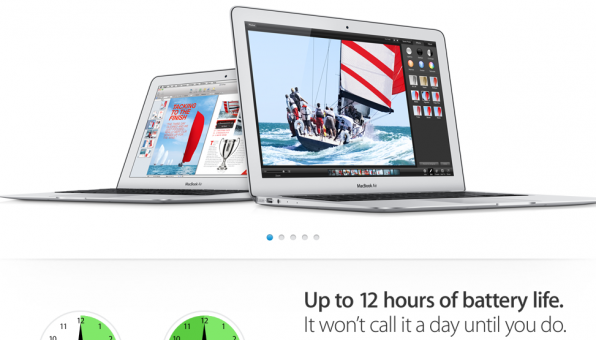 Ultrabooks are defined by several core features. Each one primarily uses low-power Intel Core processors such as the i3, i5 and i7, alongside solid-state drives (SSDs) to improve performance. They are also uniformly thin; they can only be a maximum height of 18mm (screens of 13.3in and smaller), 21mm (14.0in and larger) or 23mm (convertible tablets). Many organisations have risen to the challenge – and here are three of the big hitters.

Dell has long been a major player in business computing, though its latest offerings to the consumer market have really started to steal the show. While quite expensive, the XPS13 is by far their flagship product, and a real challenger to the Air. Its Intel Core™ i5-3337U processor combines with a 13.3in Full HD True Life WLED display and 8GB RAM – though it also gets plenty of speed from its 128GB Solid State Hard Drive and Intel HD Graphics 4000 chipset. If you have between £800 and £900 to spare, this may be your best bet.

It’s a brand you may not be too familiar with, but Lenovo is really climbing the ladder of most-trusted computer manufacturers in the world. It’s perhaps best-known for its ThinkPad range, though its upcoming line of IdeaPads is really turning heads. Combining rugged casing with great specs, you can expect Intel i5s, HD LED backlighting on displays, and even expand to Intel i7 processors for a little extra power.

Okay, so a Chromebook is not an Ultrabook, but it’s certainly a great alternative to those who have smaller budgets – and a great chance to often get the same portability as their more expensive rivals. It does come at a performance price, though; most ultrabooks are powered by Intel Cores, while Chromebooks feature Intel Atom processors, as well as comparatively small RAM and SSDs. Still, if you’re just pootling around on the internet, maybe that’s what’s best for you!