We featured earlier the amazing iWatch concepts to watch for, if ever the Cupertino-giant will jump into bandwagon of startups and wearable devices that doubles as a wristwatch and smartphone remote controller. As we speak, Sony has just outed their second smartwatch officially with its own Sony SmartWatch 2. 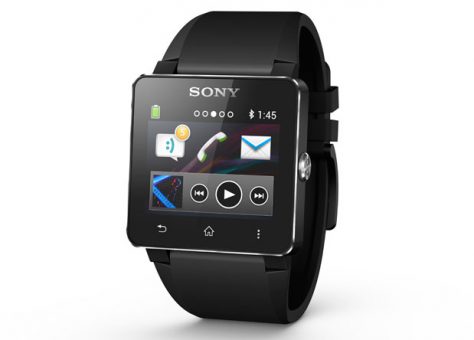 Sony retains same functionality from the previous version of SmartWatch which allows its users to remotely answer calls, snap photos, check emails and texts etc. Apparently, there are major aesthetic changes, now it sports a larger touch display measuring 1.6-inch  with resolution of 220 x 176 pixels housed in a gorgeous aluminum body design. Sony will be also offering new strap later on, while you can fit any 24mm strap while you can have a stainless steel band in-the-box.

The SmartWatch 2 now also made dust- and water-resistant, which is common for Sony’s Xperia Z series smartphones. It will also features NFC and Bluetooth 3.0 making as ease of pairing for Android devices running version 4.0 and up.

Now if you’re wondering about the battery life which has been one of the major issue for devices tethered to a phone all day, Sony claims that its SmartWatch 2 can last up to four days of moderate usage. But it seemed if you’ll have it as a normal watch, maybe you can have it for full week days on single charge.

Now if you’re eying or eagerly wanted to have this impressive Smartwatch 2, you’ll still need to wait until September for its global availability with prices still unknown. Expect a price-drop on the previous SmartWatch, so it’s a good thing to compare and take the opportunity for bargain deals.