With Google Glass likely to be released within the next year, widely available augmented reality headwear technology really is just round the corner. Google Glass will allow graphics to be digitally produced on the lenses of glasses to create a visual interface that interacts with the real world in useful, enlightening and even entertaining ways. 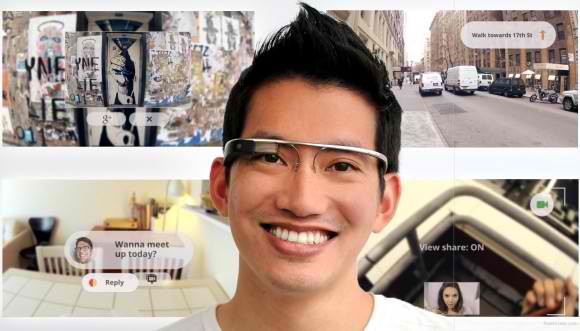 The idea of augmented reality headsets is nothing new, but with one of the biggest hitting companies in the world behind the Glass project, you have to ask, could this be a game changer? Add into the equation the fact that Google have stated their intention to price the headsets at under the price of a smartphone, and there you have the potential for an ‘iPad’ moment

So if these augmented reality headsets really are on their way, what functions would we like them to perform? Here are just a few ideas of how we’d like to see this exciting new tech utilised:

Routefinding – …zzzzzzz – that’s a bit of a boring suggestion isn’t it? Well, yes, but the opportunity to see directions updated in real time before your very eyes could be truly revolutionary. The possibilities would be vastly numerous, from using Google Maps to guide you to tourist attractions in unfamiliar cities to picking the correct fork in the road. There could also be military applications for this technology, mapping the positions of a soldier’s fellow platoon members with GPS and creating a COD-style radar graphic, or showing directions to a strategic location.

Gaming – Gaming and augmented reality specs strike us as a pretty phenomenal combination. This will offer gamers the opportunity to immerse themselves even more thoroughly into the action than ever before. Continuing on the military theme, this would certainly work well with a shoot ‘em up, though perhaps it’d only be advisable to play such a game in a secluded area to avoid terrifying passers by. Far less problematic would be casino games – imagine logging on to somewhere like au.winagames.com/ and sitting across a table dealing virtual cards to a friend who’s physically on the other side of the world. This surreal and frankly awesome scenario is most definitely on the cards.

Communications – The video calling opportunities opened up by augmented reality are massive – you’ll now be able to sit on a park bench, call up an old pal and talk face-to-face even if you’re thousands of miles away. That, is a beautiful thing. Then there are the corporate opportunities – video conference calling with several participants on an interactive display, team members just a voice command away. Received an email? Read it instantly through the glasses. Wanna watch a clip on Youtube? You betcha.