When it comes to internet security and doing business on the web, the odds are in favor of being the victim of a cyber-attack. Unfortunately, in some cases, this is inevitable but just because you get hit, doesn’t mean the attackers need to get anything. 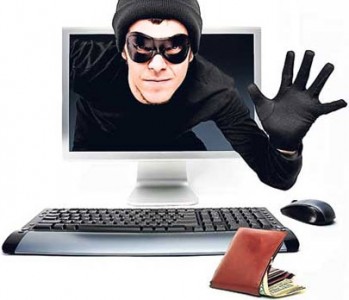 Most computers now come with free antivirus software as a rule and after a certain period, the trial is over. Some people choose not to renew it believing that they will be going to “safe” sites so nothing will happen. Hackers have become more sophisticated and are looking for any way to attack computers, regardless of whether you’re on a site or not. Checking email, even the act of logging onto an insecure computer can lead to viruses, malware, Trojans and worms attacking your computer.  Investing in good antivirus software and keeping it updated is the only way to make sure you are protected when you least expect it

Even though it’s been discussed for ages, there are some who still use the names of loved ones and family members as passwords. While it is understandable, there are many ways to further protect your privacy online. First, make sure sites the you enter personal information in are SSL (Secure Socket Layer) encrypted. When you a URL that begins with “https,” then that site is in compliance and safe.

Next, create passwords of at least 10 characters with letters, numbers, and symbols. There is a password calculator from Gibson Research Corporation that will give users an idea of how a simple password will hold up against brute force cyber-attacks. Assuming 1,000 guesses per second, a password with either six letters or six numbers will take under four days to crack, even less if it’s a name of someone close to you. Integrate some numbers and those six characters will take nearly two years to crack. Creating a password that’s 14 characters long, with upper and lower case letters, symbols and numbers will take 1.57 thousand trillion centuries.

It wasn’t unusual to receive an email from PayPal letting you know that your account had been compromised. It looked official enough, even if it did have a few misspelled words, which was a big clue. But because the link looked official, people clicked anyway, entered their information and had their accounts compromised. Those links may have looked official but if you put the cursor over them and looked at the bottom left, those links would not point to the PayPal site. That one simple move could show users just how trusty an email URL really is.

With more and more relying on smartphones to conduct sensitive business, attackers now have new avenues to troll for victims. Because Wi-Fi technology is still relatively new, there are still some potentially unsecured holes that can be exploited. When conducting mobile money transactions, make sure that your connection is properly encrypted and the URL points to the proper site. Used in conjunction with a little common sense, doing business online won’t have to be such a harrowing experience.