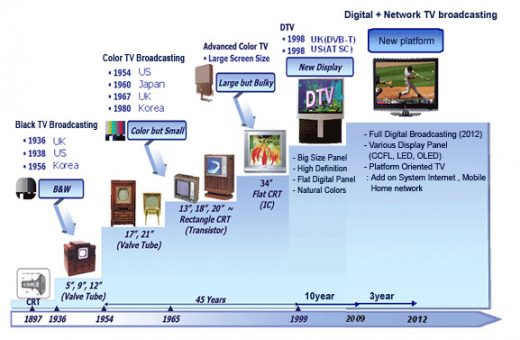 Many times two favorite shows of yours aired in the same time period, and that meant you had to watch one now and then catch the other one when rerun season began in March.

Then came the videocassette recorder, and many people across the country exhaled a big sigh of relief. No longer would a person have to painstakingly program a VCR, nor would he or she suffer the indignity of having a VCR blinking “12:00” at them as it was programmed.

The VCR has now gone the way of the console TV and dial turning, for the most part. The advent of cable TV and now digital television has given way to a new phenomenon known as DVR (digital video recording). This process, which first became known to the American shopping public when TiVo went live over a decade ago, lets you truly record a program now and watch it at any time.

With the way some networks load up on quality programming now in certain time slots, this comes as no surprise. It seems like Tuesdays have been a big area in the past, what with shows like “The Voice” on NBC and “NCIS” on CBS. Thursdays, with the underrated “Community” on NBC going up against bigger shows like “Big Bang Theory” on CBS and “American Idol” on Fox, offer another night where things have gotten quite difficult for TV fans unable to make a decision.

Live TV can be watched all around the world. Not only do major dish systems like DirecTV and DISH Network offer DVR services here in this country, so do major cable companies like Xfinity and Time Warner. This phenomenon extends around the world, however.

Rotana, the Arab World’s largest entertainment company that celebrated its 25th anniversary last year, offers a version of this DVR format called Khalijia Live TV. Chances are you can go to other countries and a variation of this will also be found.

The benefits of having recorded “Live TV” are many. Not only can you record on more than one channel, but you can keep programs for much longer than just a few days. If you wanted to save all of the episodes of “Go On”, the NBC hit that stars Matthew Perry, until the end of the season you could record all 22 episodes and then watch them in a marathon back to back.

In many ways, live TV recording has changed the way we watch TV. The A.C. Nielsen Company, which publishes a list of weekly TV ratings every Wednesday, has started to make note of ratings for programs using factors like Live, Live Plus Three and Live Plus Seven. The latter means the networks factor in ratings for programs aired up to one week after the initial showing.

Watching TV doesn’t involve getting up and changing the channel anymore.

With the advent of digital recording, you don’t even have to be home to enjoy your favorite show. Enjoy your recreational activities. Your show is waiting for you on demand.