Just a day prior to the big reveal of Microsoft’s newest Xbox gaming console, Sony has released a teaser trailer for its PlayStation4 that is set to be announced in the PlayStation E3 Press Conference on June10. And although a bit vague and unclear, what is sure with this latest development is that Sony is armed and ready to take Microsoft for the top spot in the gaming console industry.

But what exactly does Sony has up its sleeves to battle the Xbox? Let’s first take a quick look on PS4’s specifications courtesy of TechRadar.

Browsing through the technical details, hands down, the new PlayStation4 seems and feels like it could hold its own against any gaming console you throw at it, which spells good news for game developers and gamers in general. According to their official website, the PS4 was designed to allow game creators to unleash their imaginations to develop cutting-edge experiences that were never possible before. And with eight ultra-fast processors, advanced graphics core engine and a ton of onboard memory, games on the new platform is expected to be bigger, faster and more innovative.

As for the PS4’s DualShock4 controller, it now features more precise dual analog sticks and inbuilt motion sensors to aid gamers to interact and play better. It also now has a Share button to instantly let users share their accomplishments via their preferred social networks. A built-in speaker, headphone jack and touch pad were also incorporated to the controller’s new design, not to mention its new shape and light bar notification system. 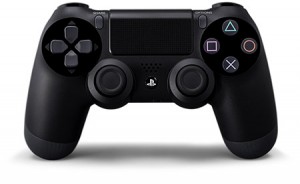