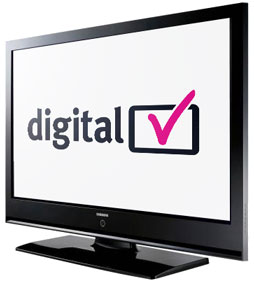 Digital Television, or Digital TV, is a broadcasting technology where transmission of audio and video is done via a digitally processed and multiplexed signal. In contrast, traditional or Analog TV broadcasts audio and video through channel-separated signals which seemed has evolved up to current mobile devices such DISH TV Anywhere technology. It represents an evolution in television technology since the introduction of color television in the 1950s. For the average consumer, Digital TV represents a transformation of one’s day-to-day viewing experience, enabling broadcasters to offer television with better picture and sound quality, multiple programming choices (multicasting) and interactive capabilities.

Digital TV transition, or the switch from analog to digital broadcast television, started in 1996 when the US Congress allowed the allocation of an additional broadcast channel to each TV station to allow for simultaneous digital and analog TV broadcast. This was followed in 1999 when Congress set the deadline for the eventual transition of TV broadcasting to 100% digital. Since June 13, 2009, all full-power US TV stations broadcast over-the-air using Digital TV technology.

With the proliferation of mobile and wireless technologies today, the broadcast spectrum, or the range of frequencies of electromagnetic waves assigned to broadcasting stations, has become more valuable than ever. Apart from broadcast television, this spectrum is also being used for public safety communications, advanced wireless services such as broadband internet, and radio broadcasting. Hence, moving broadcast television from using the valuable broadcast spectrum to 100% digital provided not only overall improvement in audio and video quality, but more importantly, it freed up the spectrum for other applications.

Digital TV reacts differently to interference compared to Analog TV. With analog, common issues include image ghosting, noise due to weak signal, and overall audio and video degradation, although the program material may still be rendered watchable. On the other hand, digital broadcasting requires audio and video synchronization; hence reception of the digital signal should be very complete for the program material to be viewable. Short of this and macroblocks start to manifest the interference present.

Analog tuners on traditional TV sets are unable to decode digital transmissions. Hence, when analog broadcasting ceases, users of such TV sets would either need to switch to other sources of programming or purchases set-top converter boxes to tune in to digital signals. Worldwide, a number of countries have participated in the Digital TV transition initiative. Analog switch-off finished on 2006 in the Netherlands, 2009 in the US, 2011 in Japan and Canada, and 2012 in Pan-Arab States, Germany, UK(with notable sky package deals) and Ireland. Australia, India, the Philippines, Uruguay and Costa Rica are expected to follow suit in the coming years.