The blu ray player is becoming an increasingly popular piece of entertainment kit, preferred by many over the more traditional type of DVD player as providing superior quality and overall performance. One of the best of these on the market this year is the Toshiba BDX5300 Smart 3D Blu-Ray player. With a strong reputation for high performance electronics, here’s what you can expect to find behind the sleek front of this powerful machine. 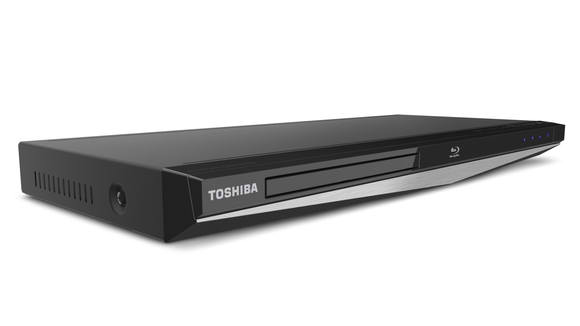 First things first, what exactly does the Toshiba BDX5300 do? With the latest 3D technology its first notable feature, users will be happy to hear they’ll be exposed to crisp 1080p full HD playback on all blu-ray discs; both 2D and 3D. The “smart” feature then comes in through a built in Wi-Fi service which provides instant access to multiple services – including YouTube and BBC iPlayer.  Acetrax Movies and Picasa are also included with users capable of watching or streaming content from the web.

For those who have DVD collections with little or no films in HD, the ability to upscale standard definition content into 1080p is available. Moving onto compatibility and audio features, the Toshiba blu-ray player caters to virtually every need. CD audio, video CD, CD-R and CD-RW are all supported in addition to the standard playback forms of DVD, DVD-R, DVD-RW, DVD+R and DVD+RW with MP3, JPEG, HD JPEG and USB playback also available.

Audio compatibility then allows sound to be delivered through Dolby Digital, DTS, Dolby Digital Plus, Dolby True HD and even DTS HD – ensuring that it’s not just the visual image which is kept top-of-the-range.

When it comes to connecting the blu-ray player, connections include the standard digital audio coaxial as well as HDMI output (1.080i/1.080p), Ethernet RJ45 and even USB (2.0).

Sold in a sleek and stylish black design which exudes class and style, the connections and features of this device are only half the appeal. As with other dvd recorder or player models, appearances play an important role in deciding customer reception and this model certainly performs on all accounts. Dimensions wise, the unit measures a dainty 430 x 35 x 200 mm (W x H x D) and weighs just 1.32kg – enough to keep it stable on the shelf without being bulky or cumbersome.

Currently achieving a 9/10 rating from customer reviews, the player has already proven itself to be a strong contender with features such as BD-Live, which allows users to access extra interactive content online (including bonus material and even alternative endings), forming the icing on the cake.