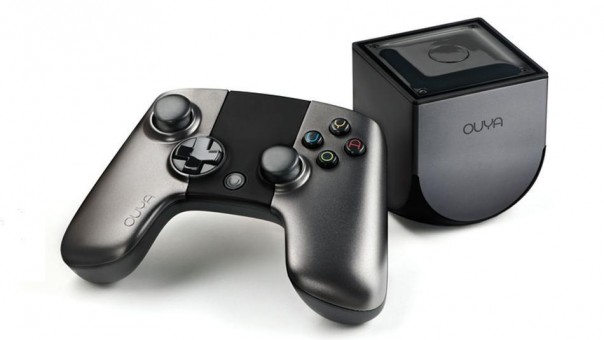 With high budget game console companies continually improving software, graphics and overall game experience; the industry as a whole has seemingly become impossible for small budget organizations to enter. Even with the success of the indie game development industry, successful console startups are relatively non-existent… well, except OUYA.

OUYA is a popular gaming console that is powered through Android gaming. On June 4th the OUYA platform will hit retail stores such as Gamestop, Target, Best Buy, and a few others. The console allows users to play their favorite Android games by way of Google Play which is the Android app market.

Other game developers have contributed to the OUYA pool of 8,000 games which will keep gamers interested and content as more game titles pour into the market. Gamers will be able to play their favorite mobile games at the luxury of their television controlled by an in-hand controller similar to all other traditional gaming consoles.

This console was funded through a KickStarter campaign which raised $8 million. Consumers can expect a television application and gaming portal on its base device. The TV app is called TwitchTV and users can access gaming through the OnLive video game streaming service. The system went through a number of changes and developments to cater to the gaming customers. This will be the first ever console to run on this type of operating system, specifically Android 4.1 Jellybean, which allows mobile gaming to transition from smartphones to the television.

New technology has crossed passed with enterprise resource planning which software businesses use to maximize their productivity and performance through distribution, manufacturing, retail, and other services. Epicor software promotes innovation and gives businesses an organized method of production.

Oracle’s information technology helps businesses everywhere from local communities to global organizations. They apply true corporate governance principles and try to remove the complexity from most IT solutions by integrating their technology. Oracle creates software as well as engineering hardware that work together through cloud storage and a central data center.

Industry specific solutions are created to cater directly to the company’s market and customer base. Oracle’s software is built to face complex business process for every type of industry so business people can focus on their aspect of the company, the importance placed on innovation. Oracle covers servers, storage, database information, middleware, applications, cloud storage, and other products to help businesses function.

Under Dropbox’s new acquisition there will be a new email technology that will capture the market called Mailbox. The email service does the big and little things that many traditional services cannot. Mailbox will begin as a mobile app which will allow users to swipe their email messages to the left to trash the message and to the right to archive the message. Users can also snooze emails with ease then revisit that message when its allotted time is up.

Mailbox is a start-up company and its creators plan to transcend email services as people know it today. The new technological software is now under Dropbox and is sure to flourish under the big brand name.