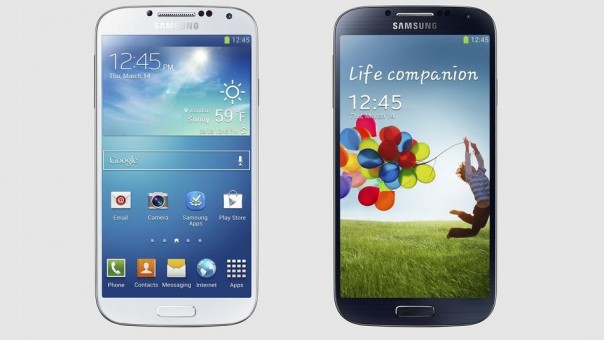 The Korean smartphone-giant Samsung has just unveiled its latest flagship from the Galaxy line, the Galaxy S 4 to the crowded mobile market.

Notably, the Galaxy bloodlines will endure more expectations with Galaxy S 4 specific from its brother Galaxy S III which sold over 100 million units in 2012.

The first impression entails a much solid and larger Galaxy S III form factor. Galaxy S 4 is fitted with same streamline design in a much larger 5-inche body. It’s much slimmer and lighter but doesn’t have the plasticky feel of GS3.

Galaxy S 4 will feature a 5-inch AMOLED display that can support 1920×1080 resolution giving an eye-popping visual effect with 441ppi. It’ll be ruggedly covered with Gorilla Glass 3. Under the hood, it’ll be operated with 1.9Ghz quad-core processor(in the US) or a 1.6 octa-core processor(Worldwide) while running Android 4.2.2 Jelly Bean while supported by 2GB of internal processing RAM. With this power in hand, there’s a 2600mAh battery onboard.

GS4 will be available in three standard flavors of 16, 32 and 64GB built-in storage capacity. It will support Bluetooth 4.0 LE, NFC, Wi-Fi, GPS and IR Port for its remote control functionality.

Apple made its iPhone 5’s camera worthy enough to steal the highlight of its previous release, this time it seems Samsung focuses on this aspect too, gearing Galaxy S 4 with a massive 13-megapixel back camera and 2-megapixel front-facing camera.

What’s special about these cameras? These cameras can be used in a mode called Dual Camera. This mode lets both camera to be used simultaneously to shoot for videos or photos. You can switch from both cameras in overlay or side-by-side mode. Thanks to Galaxy S Camera for its unique camera features.

There are also other interesting features such Drama Shot for timelapse-like images that are saved as animated GIFs and Story Albums which relates pictures based from its geo-tagged information.

Samsung added some of the gestures and haptic controls from Galaxy Note line into the Galaxy S 4.

There’s still no word on its pricing but obviously will depend on carrier offerings. It will be available on Sprint, T-Mobile, AT&T, US Cellular, Cricket and Verizon in the US in second quarter.