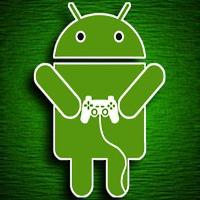 Many of you old enough to recognise the names Sega Megadrive and Commodore 64 will no doubt be aware of the ongoing battle between consoles and pc gamers. This division was something hardcore gamers once used to define themselves by.

With the massive proliferation of mobile technology, gamers now have a third category by which to identify themselves. Casual gamers, unlike console or PC gamers, have no interest in lengthy gaming experiences; they’re after simplistic games that can be picked up and put down at any moment. The app generation has exploded with the introduction of Android and Apple Smartphones – small fun games are now accessible instantly and at a very low cost.

With ever-increasing Internet speeds, online gaming can now be done on the fly. Whether it’s playing meccabingo games on your android handset or playing multiplayer racers such as Raging Thunder 2. This means that people are playing more and more games on the fly in order to help pass time or have fun.

The gaming industry has shifted significantly due to the vast number of people gaming on their phones. Apple were undoubtedly the first to really introduce casual games for Smartphones, but the revolution in mobile gaming is undoubtedly thanks to the likes of the Android operating system.

Unlike Apple, Android provides significantly more apps and games at absolutely no cost. An example of this is Angry Birds, perhaps one of the most popular Smartphone titles on both the Apple and Android marketplace. Android offer the game at no charge, instead choosing to display advertising. Not only does this mean that game designers can make even more money, it means consumers can have access to lots of new games without having to ever pay for them.

This massive increase in free game production has significantly boosted the casual gamer market, while also revolutionising the way in which people play and pay for games. Traditional computer games designed for consoles and PCs have been struggling because of the decrease in physical sales and the increase in piracy. The Android model has, however, stimulated change in the way developers are making and marketing games.

We are now seeing significantly more PC games being released for free and this is primarily because developers have seen a large market for free games with advertising. There are also additional revenue streams that are proving to be successful, namely paid add-ons. This allows developers to provide the base product free of charge, and provide their players with additional paid content to increase profits.