Apple’s latest touch pad offering has been highly successful thanks to its highly affordable price tag. The iPad Mini retails at £279 for the entry-level model that includes 16GB of storage and Wi-Fi connectivity. If you want more features, expect to pay close to the same price as the iPad retina display – £529 for the 4G model with 64GB of storage. 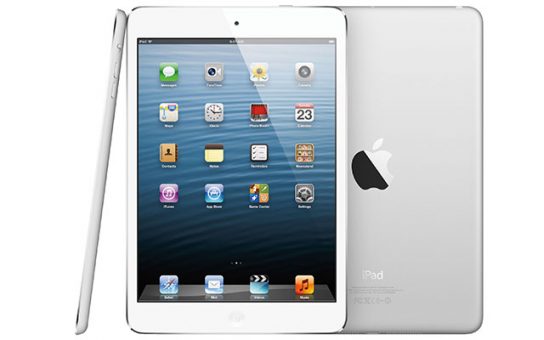 The iPad mini is primarily designed for people wanting to get the Apple tablet experience on a budget, which means that many people will be buying the cheaper models. We take a look at how the device shapes up and whether it’s worth your hard earned cash.

The iPad Mini came into existence as a result of the success of mini tablets such as the Kindle Fire HD and the Nexus 7. Apple have directly designed this product to compete and if not beat the other mini tablet devices on the market.

The build quality of the iPad Mini is everything you would come to expect from an Apple product. The design is very similar to that of the iPhone 5, with a soft aluminium chassis in a choice of either white or black. The iPad mini weighs in at 308g, making it very comfortable to hold and use. The only issue is that the soft aluminium metal is very prone to scratching (especially the black model) so bear this in mind.

Being an entry level product, Apple have not given the iPad Mini a retina display screen, instead opting for a 1024×764 resolution screen. The result is far from stunning and does a lot to reduce the user experience when viewing media content. When compared to the likes of the Kindle Fire HD and the Nexus 7 – the iPad Mini looks noticeably worse.

Apple have again chosen to utilise old gen hardware in a bid to cut costs. The A5 processor is still a capable chip that allows for smooth operation in most situations but when compared to the Nexus 7, it definitely feels sluggish.

Battery life has always been something of a problem for apple Smartphones and tablets. The iPad Mini performs surprisingly well, mainly because the low resolution screen requires less power than the likes of the retina display. By running the Mini on minimum brightness, we found the battery to last at least 2 days.

Being as much as 40 per cent more expensive than many of the similarly sized tablets on the market, value for money doesn’t come to mind. The low resolution screen really detracts from the experience if you’ve used an iPad before. If you can afford it, spending the extra for the full sized iPad is advised. That being said, if you want the Apple experience on a budget, you can easily sell your old tech online at www.musicmagpie.com to fund the purchasing of the entry level model.