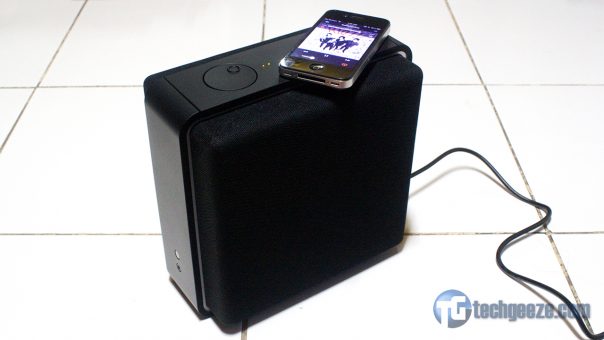 Those familiar with the site should now know that we love listening to music, aside from the gadget geekery and what not. That’s why from time to time, we review some audio gear that we think would best suit the current generation of listeners. And if we’re talking about audio gear, then Audyssey is a brand that you should be familiar with. They’re the makers of some of the best speakers and audio docks out there, refer to this review if you don’t believe us. But with everything going wireless now, does Audyssey have something in store for that market. Actually, they do — though it is for the Apple market. Read on as we take a look at the Audyssey Audio Dock Air if going wireless is better. 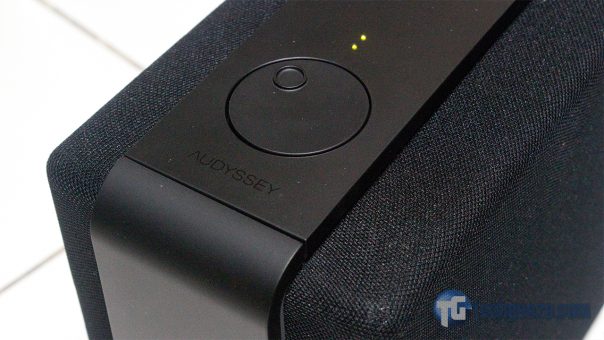 As we have reviewed one of their docks here in TechGeeze, we have sort of an expectations on the products that Audyssey dishes out. It is more or less the same as the previous one, albeit a bit smaller. It also features the same design aesthetic of placing the highly-directional speakers on the sides of the dock itself, with the controls on the central spine. The main difference here is that given that this will utilize Apple’s AirPlay technology, then there would be less controls on the dock itself. Yes, aside from having no ports to which you’ll attach your music player, there’s also much of a means to control the dock manually.

This is because through AirPlay, you would basically control the dock with your gadget, whether an iPad or an iPhone, you can do whatever you want with it wirelessly, but more of that on the review proper. For the design, it still retains that very elegant black finish that are common to Audyssey products. It’s designed in such a way that it won’t be too conspicuous for a speaker set and can easily blend with the living room arrangement that it is in. For impressions, the Audio Dock Air made a pretty impressive one.

For more information about the Audyssey Technologies mentioned here, head on to the Audio Dock South of Market Edition review. 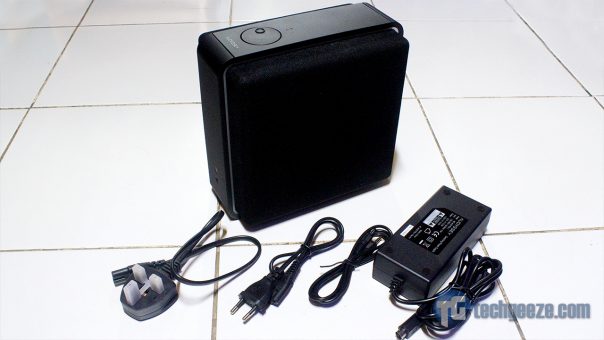 Ok, let’s get this out of the way and talk about the sound that this thing produces. As a speaker, it delivers excellently on the sound aspect. Like their other docks, the Audio Dock Air has a highly directional sound output setup by placing the speakers right on the sides of the dock. This allows any one to just place the dock in a typical living room setup and the sound will just fill the room with ease.

Now unlike their previous docks that has a support app that enhances the sound as it fits the dock, this one acts like an extended speaker for your Apple gadget. What this means is that all the sound it produces, the bass and treble levels and the equalizer settings are all dependent on the player that’s being used. Is this a good thing? Yes, because you don’t have to make modifications to the sound setup of your player. Just steam the music to the dock and play the thing. It’s that simple… or is it?

The main point of this dock is to utilize Apple’s AirPlay. For those not in the know, AirPlay allows users to stream media played from their Apple devices to any compatible appliance though your wireless network setup. Say that you have this funky video clip that you wanted to share among your family. All you need to do is "push" the video clip to an AirPlay-enabled Apple TV or a similar setup and everyone can watch the clip.

It’s been more than a year since Apple has introduced its AirPlay technology and there has been enough time for manufacturers to properly integrate the technology onto their compatible products. Sadly, this is one nitpick that we have with the Audio Dock Air — setting up AirPlay. For starters, as huge as the box that this comes in, it doesn’t have an instruction manual on how to configure AirPlay. And while their website has the quick start guide, we honestly think that it’s still better if they have a manual ready as it is instinct to find a manual in these setup kind of deals. 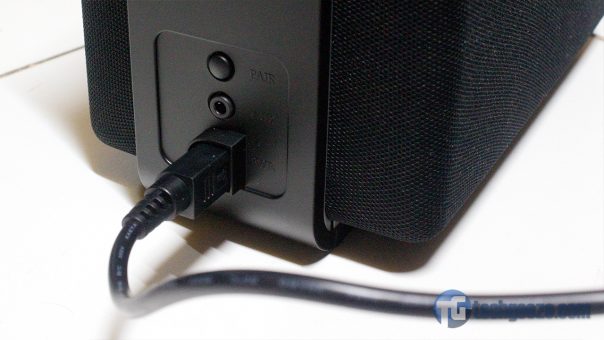 Manual nitpicks aside, setting up AirPlay is quite getting used to. First, the dock establishes a wireless network that’s used to configure the Airplay settings. Once connected to that network, you must configure the Audio Dock’s settings though a browser, to which you’ll instruct the dock to use the existing Wi-Fi network as means to stream media. Once the dock is connected to the network, just configure your iPhone/iPad to push the music to the dock and you’re set. Now that might actually sound simple enough. And while it actually is, those unfamiliar with AirPlay might have a lot of getting used to in this content-streaming thing. That said, an advantage of using AirPlay over conventional physical connections is not needing any adapters. Remember the introduction of the Lightning Pin? For those that don’t want to go through the hassle of getting adapters, then this dock is perfect for you.

After setting up AirPlay, playing music is quite easy. As mentioned earlier, control of the music is in the device itself, and depending on your home network setup, the response of the dock is actually good. Selecting songs from one to another doesn’t bring lag to the playback and the dock easily responds to whatever the user wants with his/her music. For testing’s sake, we placed the audio dock at the center of a medium-sized living room and there wasn’t any problems with the AirPlay connection. Of course mileage may vary on the ideal distance of pushing content on AirPlay-enabled devices, but as long as it’s within the standard parameters, everything is good to go.

Finally, just because this is a wireless audio dock doesn’t mean that it can’t be used like a normal speaker. There are still auxiliary ports on the back to provide connections in case that you have actual audio equipment, other than tablets and phones, that would benefit the great sound produced by the dock. 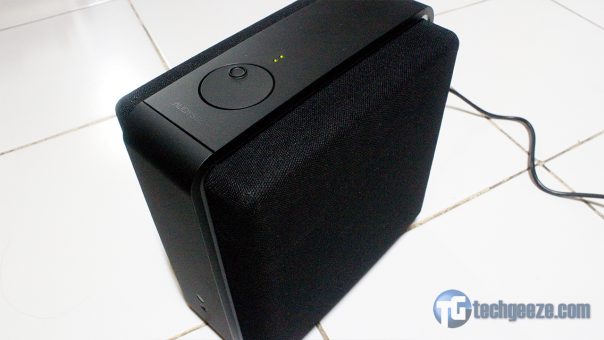 For all its worth, Audyssey has once again delivered a great product with the Audio Dock Air. Though it is something that would benefit getting used to at first, it still provides the sound that Audyssey has been known for. It may not be one of their higher-end docks, but the simplistic design combined with the rich sounds makes this package a must have, a simple display piece that holds a lot of auditory punch. And at these times where connector standards are being thrown up in the air, utilizing AirPlay is probably a good mode, though confusing at the start. So, is it worth the $399.99 price tag? Well if you’re really the type that has wireless everything, from television, to audio and what not, then this may be the dock for you. Otherwise, we recommend that sticking with the conventional docks. For more information on the Audio Dock Air and their other products, just visit Audyssey’s website at audyssey.com.