MMORPGs are known to gather players from around the globe into to play in a single community. Two famous examples of MMORPGs are Guild Wars and World of Warcraft. The following of this genre has increased in recent times. Free MMORPG games are also being offered. This has been due to the reason that players who don’t have enough budget for the subscription want to join in. 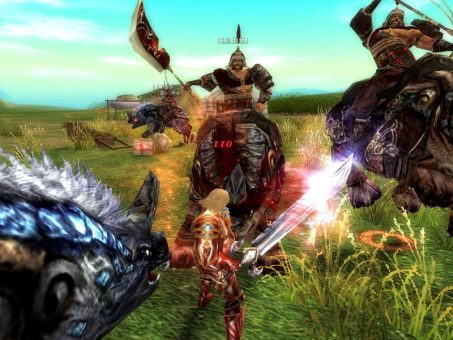 The creation of MMORPGs requires artists, programmers and game designers. Artists are responsible for creating character models using programs like Max and Maya by Autodesk. They then use a drawing program to paint the character. Programmers are responsible for developing in-game objects and the movement of the characters. Game designers craft the missions using scripting language and design softwares.

There have been reports that MMORPG participation can act as a plus point on a resume. For successful, you have to think the virtual world as a real place with rules. The worlds are persistent. The world you’re playing in will continue to work when you exit the game. The gameplay might change when you re-enter it. Other players have bought the items you were looking for at the shop, and there won’t be any available for you to buy. Some choices can’t be reverted. You may not be able to change the rewards or the character you play with after you’ve started.

MMORPGs are social as well. There will be some parts of the game where you’ll be required to form a group. These groups can last up till the level is cleared. A group leader can be appointed to take responsibility of leading the group, add new members and remove those who aren’t performing well. Groups with a common aim in the game are called guilds. They may also be called crews or clans. You can consider the game you’re playing as a large chat room. You’ll be having multiple conversations as you progress in the game. Reports have stated socializing is the reason why some players are addicted to this form of gaming.

Many of MMORPGs offer skills, NPCs, mobile objects, dungeons, containers and means of transportation. As you progress at higher levels, you get better quality skills, rewards and fastest transportation methods. The virtual character of a player can also act as a driving motivational force to play the game.

MMORPGs encourage a player’s behavior by allowing for positive consequences. Effective positive reinforcement is achieved when the player is rewarded. Some games reward players instantly as they enter the virtual world, which creates a sense of excitement among them, and encourages them to pursue more objectives. The character sees transformation as further progress is made.

Players are shaped to perform tasks which require time. For example, in World of Warcraft, a cooking profession can be selected. The recipes that the player cooks increase in difficulty at higher levels, and it take times to learn the ingredients.

Fixed interval reinforcement gives players the incentive though a reward after a fixed amount of time has passed, which keeps them coming back for more. Variable ratio reinforcement encourages players to repeat the levels. For example, players are given items in World of Warcraft for defeating NPCs. World of Warcraft is on the top of the list (what gamers are playing in 2012)

This is how MMORPG’s work. Players also gain new ideas, learn to coordinate with each with other for the same task, and explore new dimensions. Developers are working hard to provide the best experience to players. The current advancements suggest more gamers will be attracted to this form of gaming in the future.